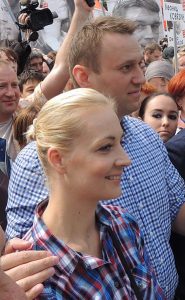 The Council of Europe has declared that Alexei Navalny, the nemesis of the Kremlin and Russian President Vladimir Putin, should be allowed to run for president of Russia in the upcoming 2018 election.

Putin will run for his fourth term in office next year and Navalny has been campaigning, even though he is preventing from actually running due to a conviction of embezzling funds from the Kirovles timber company in July 2013 that many believe were politically motivated.

“The European Court for Human Rights (ECHR) ruled against the conviction in 2016, saying the defendants’ rights to a fair trial were violated and awarded the defendants 80,000 euros in compensation. In February, a court in the northern Russian city of Kirov reopened the 2013 case, handing Navalny a 5-year suspended sentence. The men were additionally fined 500,000 rubles ($8,000) each,” reported The Moscow Times.

Navalny has been physically attacked multiple times in recent months, with one chemical attack requiring surgery abroad to avoid losing vision in his left eye. Multiple journalists and political opposition figures have been harrassed, and even killed, in recent years. Boris Nemtsov was the most famous case who was gunned down while walking across a bridge near the Kremlin.

The Hi-Tech Traditionalist: Russia Will Never Willingly Allow Kim To Be Deposed