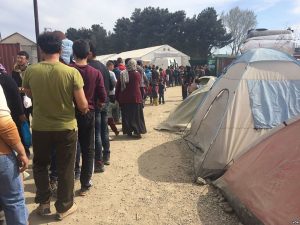 The Prime Minister of Hungary, Viktor Orban, said this week in his annual speech to the Civic Picnic in Kötcse that the Islamization of Europe is real and Hungary will defend itself. He also said the enemies of Hungary are coming from within, not from abroad, referring to globalists who want to force Hungary to take ‘refugees’ from Northern Africa and the Middle East.

Citing studies which suggest that more than 60 million migrants will depart from Africa towards Europe during the next 20 years, increasing Western Europe’s Islamic population to above 20 percent by 2030, Orbán stated: “The Islamization of Europe is real,” whereas in China or the United States “it doesn’t stand a chance,” reported Breitbart.

“So when we say, ‘Stop, no further,’ we’re simply defending the status quo,” he said.

“Hungarian voters have made it clear that they don’t wish to delegate this power to Brussels, and we wish to decide on who we should live alongside,” Orban declared.

Orban also played up his government’s accomplishments, “Thanks to the achievements of the last seven years, Hungary plays a central role in the region.”

The European Court of Justice today ruled that the Eastern European states must accept migrants under the plan set up by Brussels to relieve pressure off the southern periphery nations of the union. If Hungary, Poland, and the Czech Republic do not comply, the EU will start ‘infringement’ procedures and levy fines.