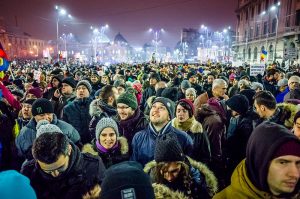 The European Union, after initiating legal action against Hungary and Poland over rule-of-law issues and migrant policy, has begun to criticize changes to the judicial system in Romania, saying the changes will hamper the fight against corruption.

“Angela Cristea, who heads the European Commission in Romania, said Wednesday she was “concerned about proposals…. that could affect the independence of the justice system.” She noted progress Romania has made in prosecuting high-level corruption but added any measure that undermines this “could dilute or minimalize” the definition of corruption,” wrote Associated Press.

Poland Tells EU Judicial Reforms Are In-Line With EU Standards
In Poland the EU was concerned about the impartiality of judges after Polish attempts to change how judges are selected, putting the process under the legislature and executive, instead of an independent body as they are now.

Romanian Justice Minister Tudorel Toader last week stated a desire to remove the appointment of the general prosecutor and the chief anti-corruption prosecutor by the President. He also suggested punishing decisions of judges that the party in power didn’t approve of.

May, Putin Agree To Improve Ties