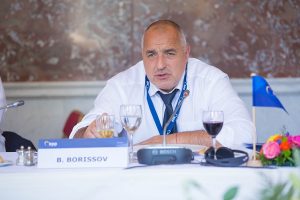 As French President Emmanuel Macron visited Eastern Europe and lashed out at Poland over its refusal to allow EU labor reforms pushed by France, Bulgaria, about to ascend to the presidency of the EU in January of next year, found itself in the middle of the controversy.

Borisov stated after talks with Macron that, “Poland and Hungary are our friends and it is fatal that there is such confrontation in the European Union.”

“Bulgaria’s prime minister says he regrets divisions that have emerged in the European Union over “posted workers,” when companies temporarily post employees in wealthier EU member states at cheaper wages,” wrote the Associated Press. Borisov stated he will discuss the issue with Poland’s prime minister at an upcoming meeting.

While Brussels has initiated legal challenges against Hungary, Poland, and the Czech Republic over their refusal to allow hundreds of thousands of Islamic migrants into their countries to destroy its culture and security, Bulgaria has not faced such problems with the EU Parliament as of yet.