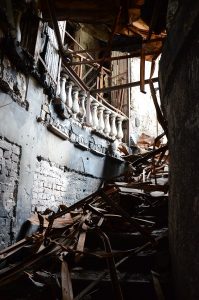 The International Committee of the Red Cross (ICRC) said today that almost 3,000 non-combatants have been killed in the conflict in East Ukraine since the conflict began in 2014.

“Over 2,700 civilians have been killed in the armed conflict in eastern Ukraine,” said the ICRC in a statement.

“According to the United Nations Office for the Coordination of Humanitarian Affairs (UNOCHA), at least 78 deaths and 363 injuries of civilians were reported in Ukraine in the first half of 2017, up 26% year-on-year (49 deaths and 277 injuries). Mortar shelling remains the main cause of civilian deaths and injuries, followed by land mines, unexploded ordnances and tripwire mines,” reported Russian state news agency TASS.

The war between the government of Ukraine and pro-Russian separatists in the Donbass region has flared up once again in 2017 as both sides jockey for positioning prior to any peace deal negotiated between the new Trump administration and the Russian Federation.