South Ossetia’s role as a financial center for the Russian-backed separatists in Eastern Ukraine has been rising over the last two years – reports Eurasianet. In particular, South Ossetia facilitates Russian public funds going to the separatists through the International Clearance Bank based in Tskhinvali. In addition, a holding company based in South Ossetia, Vneshtorgservis, includes some of the biggest industrial plants in Donetsk and Luhansk. These activities are designed to get around Ukrainian restrictions on economic activities in the two territories. 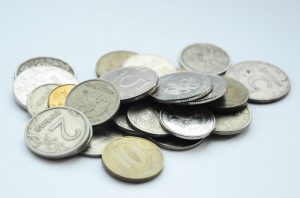 According to the officials of self-declared breakaway regions in Eastern Europe, Georgia’s South Ossetia has emerged as a banking center, providing financial services for Russia.

As long as Ukraine’s breakaway regions intend to transform their economy, Russia will certainly back up their plans. It’s been reported that Kremlin has large industrial plans for Donbass. Meanwhile, South Ossetia plays an important role in facilitating Russian subsidies. Two years ago, Tskhinvali, South Ossetia hosted a bank that manages payments between Moscow and the two eastern Ukrainian breakaway republics – Luhansk and Donetsk.

Eurasianet reports that officials of Donetsk did not respond to requests to disclose the place of registration of the holding company, which plays a big role in the above mentioned transactions. But there are a great deal of facts that prove South Ossetian involvement: 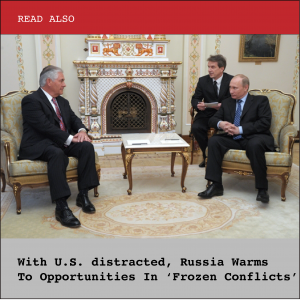 A former senior official in the Donetsk republic, Alexander Khodakovsky, wrote on his blog that the company was registered in South Ossetia: “As long as we don’t have a legal basis for these holding companies, we will always have grounds to suspect the [de facto Donbas] government of double-dealing and hypocrisy”.

In early Spring former President Leonid Tibilov told a visiting delegation from Donetsk that the newly formed “young republics” should support each other: “What we managed to do for you is to open an international bank,” Tibilov said, according to the official news agency RES.

This bank have operated for two years now and it exists primarily to help to flow cash from Russia to the separatist republics. According to Eurasianet, its role is likely to have grown considerably since March 1, when the separatists in Donetsk and Luhansk brought all Ukrainian-held industrial plants under their control.

Meanwhile, the Russian economy is in shambles due to US and EU-imposed sanctions, contradicting the tough face the Kremlin has tried to show to the world. South Ossetia’s role as a banking center for Donbas plays a useful part for Russia as Russian firms will be able to disassociate themselves from the destination of their transactions.