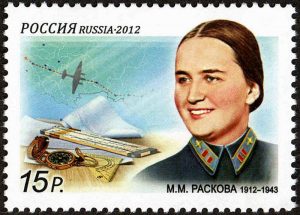 Fifteen women will enter Krasnodar militar aviation school in Russia for the first time in modern history. Russian Defense Minister Sergey Shoigu said to reporters today that a large number of applications have been received from girls and it is time. Many women attained fame during the Soviet Union as pilots and aviation specialists.

“There are quite a few girls who would like to become military pilots. We’ve received hundreds of letters, hence the decision to enroll the first group of girls in the Krasnodar military aviation school this year.”

Russia To Upgrade Naval And Air Bases In Syria

“They will be few in number, 15 all in all. However, considering the number of applications received by the Russian Aerospace Forces we cannot ignore these requests, so on October 1, the first group of girls will start training to become military pilots,” said Shoigu, reported Russian state news agency TASS.

Shoigu made the comments on Aerospace Forces Day in Russia and said he looked forward to spectacular performances by the girls in several years as their training progresses.