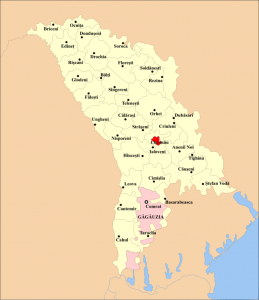 The governments of Moldova and Belarus will hold talks to commemorate 25 years of relations in Chisinau, the capital of Moldova, in November of this year.

The matter was discussed at a meeting between Belarus’ Ambassador to Moldova Sergei Chichuk and Deputy Minister of Foreign Affairs and European Integration of Moldova Lilian Darii on 10 August, reported BelTA.

The foreign ministries of the two nations will discuss cooperation and interaction with international organizations, promoting internal candidates to these entities, and bilateral relations.

Both countries have faced problems with their neighbor to the east, the Russian Federation, and seem to be interested in establishing deeper contacts with the European Union. Moldovan diplomats have experienced harrassment within Russia, and 20% of the Moldovan treasury was stolen in a plot Moldovan officials blamed on Russian security services. Belarus has recently settled an energy payment quarrel with Moscow. The Kremlin is also pushing to establish an air base in Belarus.

Is Russia Backing Down On Ukraine?