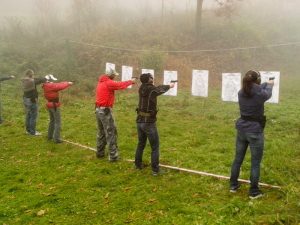 With the European Union breathing down their neck to accept more migrants, who have destroyed security in other European countries, the Czech Republic has begun the process to enshrine the right to bear arms in their constitution. The lower house of the Czech Parliament passed the measure with a vote of 139-9.

Brussels has initiated financial sanctions against several Eastern European nations including Hungary, Czech Republic, and Poland for not accepting hundreds of thousands of migrants per EU directive. The Czech Senate now has to pass the measure with a supermajority for the measure to become law, writes Breitbart.

The bill provides for the right for “Citizens of the Czech Republic have the right to acquire, retain and bear arms and ammunition.” The bill also ensures the right to ‘protect the country.’

Interior Minister Milan Chovanec said the new legislation was directly aimed at an EU directive from March which sought to prohibit semi-automatic firearms and magazines that hold more than 10 rounds for pistols and 20 rounds for long guns. “We do not want to disarm our own people at a time when the security situation is constantly worsening,” Chovanec said, again reported Breitbart.

The country already has a much more permissive environment than the rest of Europe to own a firearm.

Czech leaders have refused to admit more migrants for security and cultural reasons.