Georgian Foreign Minister Mikhail Dzhanelidze said Russia is deviating from international norms for the settlement of conflicts, the correspondent of “VZGLYAD” newspaper in Tbilisi reports.

Commenting on Russia’s possible withdrawal from the Geneva discussions on security in the Caucasus after the Russo-Georgian war of 2008, Janelidze stated that “Russia is distancing itself from the position of the international community and international norms.”

According to him, Georgia “will continue the process of peaceful settlement on the basis of international legal norms”. Thus, he noted, Tbilisi demonstrates a constructive position.

The Geneva negotiations are conducted with the mediation of the US, OSCE, EU and UN with the participation of Russian, Georgian, Abkhazian and South Ossetian delegations.

The Russian Foreign Ministry declared that the decision of the Ministers of the Council of Europe (CMCE) is biased, and it makes them “seriously think about whether to continue the Geneva meetings in the current format or not.” 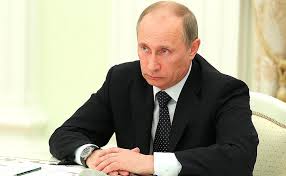