Based on the newest report by Freedom House, Georgia has the most free media environment in the region.

The Freedom of the Press 2017 report investigated Georgia among 72 states around the world. On the assessment scale 0 points categorizes a country as Free and 100 as Least Free. Georgia received 50 points. Georgia’s status in the report changed only one point from last year’s result (49).

The result ranks the country as the most free of its region. Azerbaijan, Armenia, Turkey and Russia all fall in the Not Free section of the report. 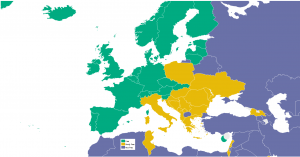 Beyond the geographical area, the results classify Georgia with other Partly Free countries including Italy, Poland and Croatia.

Based on the points score, Georgia is ahead of other Eastern European states including Belarus, Ukraine and Moldova.

“Forty-five percent of the world’s population lives in countries where the media environment is Not Free. The world’s 10 worst-rated countries and territories were Azerbaijan, Crimea, Cuba, Equatorial Guinea, Eritrea, Iran, North Korea, Syria, Turkmenistan, and Uzbekistan” – States the report among other key findings.

Russia To Upgrade Naval And Air Bases In Syria