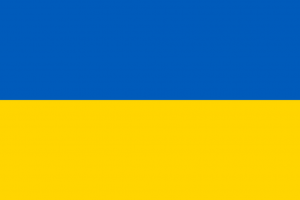 The previous governor of the Ukrainian central bank, Valeria Gontareva, resigned recently in the face of death threats, and other obstruction of her reform efforts. The European Bank for Reconstruction and Develeopment, or EBRD, has backed Volodymyr Lavrenchuk, the head of Raiffeisen’s (RBIV.VI) Ukrainian unit, to replace her and continue the efforts at reform.

The EBRD has injected billions into the former Soviet state after Russia annexed the Crimean Peninsula and the head of the supranational organization in Ukraine, Francis Malige, said today the international community remained “very supportive” of Kiev’s reform path, but wanted the progress of the past three years “protected and sustained.”

“In that regard, one must welcome, if it is confirmed, the nomination of Volodymyr Lavrenchuk to replace the outgoing governor of the National Bank,” Malige told Reuters.

He also remarked, “The head of the state fiscal service, which will have to reinvent the service to root out the corruption…The head of the state property fund too, who can make a very important difference in the privatisation programme, which has been a total failure so far.”