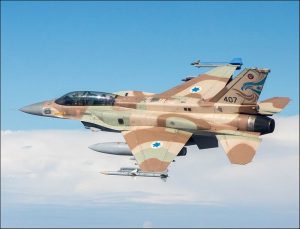 The Kremlin condemned Israel’s strike on Hezbollah targets inside Syria, saying Israel, and any other country, should avoid heightening tensions in the region. Israel jet fighters attacked and arms depot run by Hezbollah near the airport outside Damascus, filled with weapons brought in by Iran via military and civilian aircraft.

“We consider that all countries should avoid any actions that lead to higher tensions in such a troubled region and call for Syrian sovereignty to be respected,” Kremlin spokesman Dmitry Peskov told reporters, when asked about the attack, reported Reuters.

“Moscow condemns acts of aggression against Syria and considers that they are unacceptable and contradict the principles and norms of international law,” said Maria Zakharova, spokeswoman for the Russian Foreign Ministry.

Moscow and Israel have been in contact over the last several years as Russian power grew in the region and Israel had no choice but to coordinate with the Kremlin on military action in the Middle East.

The Russian Foreign Ministry summoned Israel’s Ambassador to Moscow last month to protest about a different Israeli military strike in Syria, near the city of Palmyra, reported Reuters.

Russia To Move Troops To Disputed Kuril Islands Near Japan

Russia Understands It Won’t Get Its Billions Back From Caracas