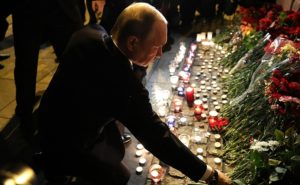 Akbarzhon Jalilov, the man suspected of blowing up a Russian metro train, represents a new wave of radical Islamists who blend into local society away from existing jihadist movements – making it harder for security forces to stop their attacks.

His pages on the Russian equivalent of Facebook show Jalilov’s interest in Wahabbism, a conservative and hardline branch of Islam. But they give no indication that he might resort to violence, presenting a picture of a typical young man leading a largely secular life.

Fourteen people were killed and 50 wounded in the suicide bomb attack on Monday on the metro carriage in St Petersburg. Russian state investigators said the suspected bomber was Jalilov, a 23-year-old born in the mainly Muslim ex-Soviet republic of Kyrgyzstan.