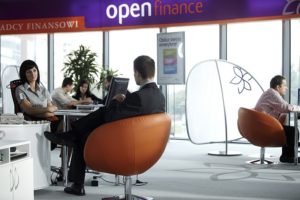 Poland is looking to capitalize from Brexit in an unexpected way–by taking financial, hi-tech jobs from the City in London. With the salary gap with Western Europe narrowing, the former communist nation is looking to gain 25,000-30,000 jobs after the United Kingdom leaves the EU.

The driver behind this phenomenon is the fact that many banks and other financial institutions need to be located inside the European Union in order to service business from the bloc. Obviously, London would no longer fit that requirement.

With automation and modernization sweeping the financial industry, putting traders and bankers out of work, many of the new positions to be filled will be in IT and back office type functions. Poland, with an educated work force and low cost of living, is a natural fit.

The Association of Business Service Leaders in Poland is working on projects with seven big financial firms about shifting jobs from London, said the Association’s managing director Pawel Panczyj. The focus is on middle office functions such as risk management and information technology, reports Reuters.

“We are talking with banks, insurance institutions and investment funds who want to move their middle office abroad. The main factor behind their decision (now) is Brexit.”

“Some time ago Poles were departing to London, but now it is the other way round,” Deputy Prime Minister Mateusz Morawiecki said in January, reports CNBC.