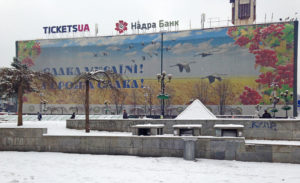 Ukraine has made a vaunted effort to move closer to the European Union and away from Russia. In fact, you could argue that the desire to be part of the EU was what caused the Maidan Revolution and the eventual annexation of Crimea and the conflict in East Ukraine. The free trade agreement with Brussels, which was signed into force in January of 2016, has not gone as expected.

The Ukrainian economy lost 2.2 billion euro in 2016 as imports from Europe surged. Ukrainian exports barely budged as Ukrainian companies were unable to keep up with and compete with European firms. In fact, the agreement can be said to be slowly destroying the Ukrainian economy, as the former Soviet republic deals with the war in the east and the fight against systemic corruption.

The problem seems to be Ukrainian businesses, small and large, are still oriented towards Russian ways of doing business instead of Western methods. This problem will take years to correct. The only question is whether Ukraine can wait that long.