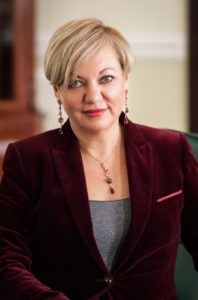 The financial plot thickens in Ukraine as Valeriya Gontareva, the governor of the central bank of Ukraine is reported to have informed Ukrainian President Petro Poroshenko of her intention to resign. She is reportedly frustrated with the progress of the Ukrainian government in cleaning up its endemic corruption problem and other financial reforms.

“It’s not good, of course, because credibility was there and uncertainty now isn’t good for capital-market confidence, especially with foreign investors,” said Lutz Roehmeyer, a fund manager at Landesbank Berlin Investment. “In terms of reforms, this is at best a delay,” reports Bloomberg News.

Gontavera has a reputation for stability and competence and has helped the country recover financially from the revolution and the conflict with Russia in the East. The central bank allowed the currency to float and then stabilized it at current levels, which helped reign in runaway inflation.

This rumor of her resignation comes at a critical time as the International Monetary Fund (IMF) is in the process of releasing the second tranche of a $17.5 billion bailout program. Stability of the financial system and continued reform is existential to that effort.

“Of particular concern to Gontareva is inaction on overhauling law enforcement and the judiciary, hampering her desire that crooked bank executives face prosecution, according to the person familiar with her thinking. The governor led a crackdown on lenders that largely served the interests of their oligarch owners, shutting down more than 80 and culminating with Ukraine’s biggest, Privatbank, in December,” reports Bloomberg.

The Ukrainian currency, the hryvnia, weakened on the news, as well as the country’s international bonds, which dropped in price.

Pro-Russian East Ukraine To Use Russian Ruble As Official Currency