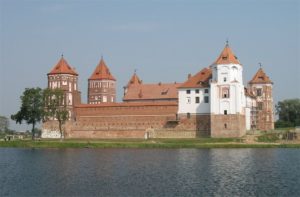 Of the six original countries targeted in the European Union’s Eastern Partnership, five are involved in ‘frozen’ conflicts with the Kremlin. Belarus, the sixth, is ruled by strong man Alexander Lukashenko.

However, Belarus is involved in a conflict with Moscow, just not a military one. Moscow is once again using energy as a weapon by reducing oil exports to Minsk while the two nations argue over an overdue gas bill. The EU would like nothing more that to pull Belarus back into its sphere of influence as if confronts Moscow in East Ukraine and elsewhere.

To this end, Poland is reviving the Eastern Partnership, using Belarus as a ‘test case,’ by offering more carrots and no sticks.

Polish Deputy Foreign Minister Krzysztof Szymanski said much greater flexibility was required to revive the Partnership. Critics say it had been hobbled by the EU’s ‘one-size-fits-all’ approach to a diverse group of countries.

“Today one thing is certain – the Partnership will mean something if (the EU) comes up with diverse paths for these neighboring states,” Szymanski said in an interview authorized for publication on Wednesday, reports Reuters.

“It’s a kind of a test, an attempt to open the door to see whether it could bring effects because there needs to be a will on both sides,” said Szymanski.

“Even if (the Eastern Partnership) does not get revived it would still be good if bilateral ties between Poland and Belarus improve.”

Poroshenko In Trouble For Re-Election In Ukraine

Saakashvili – Baltics Are Putin’s Next Target