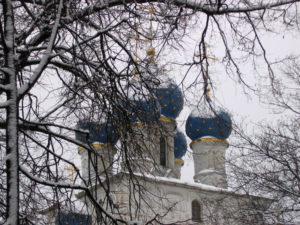 The Russian Orthodox Christmas is approaching on January 7th. It seems Mother Nature will make it a cold holiday whether you are a believer or not. Meteorologists are expecting frigid temperatures as low as minus 31 degrees Celsius, reports the Moscow Times.

“According to the Fobos meteorological center, a weather pattern known as an anticyclone will bring rapidly descending temperatures to Moscow and the surrounding region on Saturday.

“That night, temperatures in Moscow will hit minus 24-26 degrees Celsius, while temperatures in the surrounding Moscow region will reach minus 23-28 degrees. In some areas, the temperature will even drop to a bitter minus 31 degrees, the NTV channel reported.”

Russian airports have also reported a large number of flight cancellations as the cold weather approaches, adds the Moscow Times.

Russia Offers Philippines Arms, Strong Friendship In Bid To Snare US Strategic Base