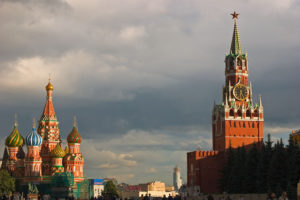 Three weeks after Russia’s ambassador to Turkey, Andrei Karlov, was murdered while speaking at a photo exhibit in Ankara, 55-year-old Russian consul, Andrei Malanin was found dead on his bathroom floor on Monday afternoon.

As his colleagues declared to Greek media, he did not come to work in the morning and did not answer to phone calls, so they called the police.

There was apparently no evidence of a break in or no signs of visible harm on the senior diplomat’s body police declared.

“Causes of death of Russian diplomat in the Greek capital are perfectly natural. This information is confirmed by the foreign representation of our country,” reported Russian media agency “RIA Novosti”.

Greek police have launched a murder investigation over the death of the diplomat.

An Animated History Of Russia! A Must See!

20 Confirmed Cases Of Anthrax In Russia

Putin Is Also Draining The Swamp…