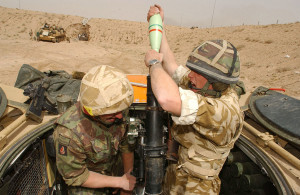 A source within the British Defense Ministry says the upcoming British deployment exercise in Jordan is really a dry run for any British involvement in a conflict with Russia. The Daily Telegraph reports the exercise, which will simulate an Iraq invasion for the first time in over a decade, is not a prelude to sending ground troops to fight Islamic State (IS, formerly ISIS, ISIL), rather Exercise Shamal Storm could be seen as a practice routine to fight off any potential Russian invasion of Ukraine or Eastern Europe.

“This isn’t a counter-Isil exercise. If anything, this is much more about us being prepared to join the US in Ukraine than it is in Syria,” a source said as cited by the Daily Telegraph, adding, “This is not the sort of kind of force you expect to roll into Aleppo to take on a bunch of jihadists.”

The U.K. Defense Ministry denied such claims. “It is not an exercise about war with Russia,” a Defence Ministry spokesman told RIA Novosti on Monday. The drills are an annual event testing the army’s capability “to deploy and support an armored force of up to 30,000 troops anywhere in the world,” he said. London is not “preparing to go to war with Russia,” he concluded.

More than 300 vehicles will be used in total with 80 already sent to the the Jordanian port of Aqaba in January of this year. A spokesman for the British Army told the Daily Telegraph: “The exercise will test key evolving concepts such as the air deployment of a very high readiness field hospital and the latest explosives ordnance disposal and search capabilities, all of which will enable us to be more agile in deterring threats to the UK and its interests.”

For his part, Russian President Vladimir Putin has said that any thought of Russia attacking NATO is insane. “I think that only an insane person and only in a dream can imagine that Russia would suddenly attack NATO. I think some countries are simply taking advantage of people’s fears with regard to Russia. They just want to play the role of front-line countries that should receive some supplementary military, economic, financial or some other aid,” Putin said. 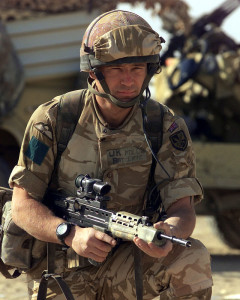