Turkish forces in Syria on 1/11 carried out a sixth round of shelling of areas east of the Euphrates River held by the US-supported Syrian Democratic Forces. An 11 year old child was killed in the action. She is the first civilian casualty in the current round of attacks. 4 SDF fighters have also been killed since the Turkish shelling of the Kobani and Tel Abyad areas began on October 28. The number of fatalities is expected to rise because a number of those wounded are in critical condition. Kurdish sources report that the child, named only as ‘Sara’, was killed by Turkish sniper fire. The shelling has targeted villages in the western Kobani and Tel Abyad areas.

The Syrian Observatory for Human Rights noted that ‘the evening of the 31st of October 2018 witnessed targeting by the Turkish forces by machine guns, to the outskirts of Tal Abyad, in conjunction with targeting 4 villages in its countryside which are: Yabseh, Tel Finder Susik and Saleeb Qran.

Russia Ministry Of Defense Says Raqqa At Risk Of “Anarchy, Famine And devastation” And Terror

The Turkish action is the first of its kind since Ankara concluded its conquest of the Kurdish Afrin Canton in March, 2018. It is the largest Turkish military action in this area since Turkish warplanes bombed the town of Derik in April, 2017. In a speech on Tuesday, October 31, Turkish President Recep Tayepp Erdogan related to the Turkish military action, saying that ‘We will destroy the terror structure east of the Euphrates River…we have started active intervention operations against the terror organization in the last couple of days. We will soon come down hard on the terror organization with more extensive and effective operations.’

Turkey considers the Syrian Democratic Council, which is the de facto ruling authority in Syria east of the Euphrates, to constitute a branch of the Kurdish Workers Party (PKK). Ankara has been at war with this organization since 1984.

Mustafa Bali, Director of the SDF Media Center, told MECRA that ‘as a result of the Turkish shelling, civilian houses have been destroyed, civilians displaced from their villages and children prevented from going to school. The attacks are still ongoing, and we hope that the international community will react against the Turkish aggression, and specifically that the international coalition will put an end to the attacks.’

Bali added that the Turkish attacks ‘give a message of support for ISIS and the Turkish desire to strengthen them.’

The US and France have expressed concern at Turkey’s actions. US State Department Spokesman Robert Palladino told reporters that ‘”Unilateral military strikes into northwest Syria by any party, particularly as American personnel may be present or in the vicinity, are of great concern to us.’ The US has 2000 troops stationed in the SDF-controlled area. US and French forces have positions in the vicinity of the areas shelled. 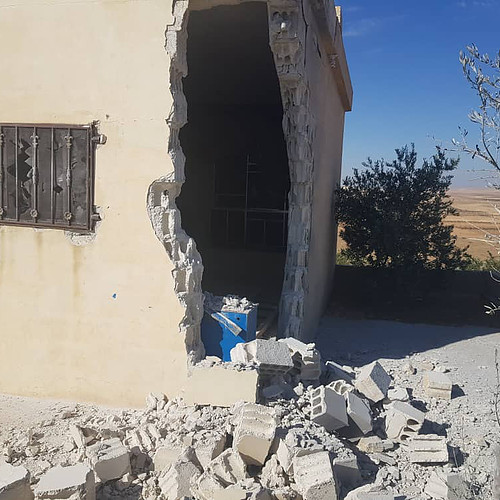 The house in western Kobani damaged by Turkish shelling 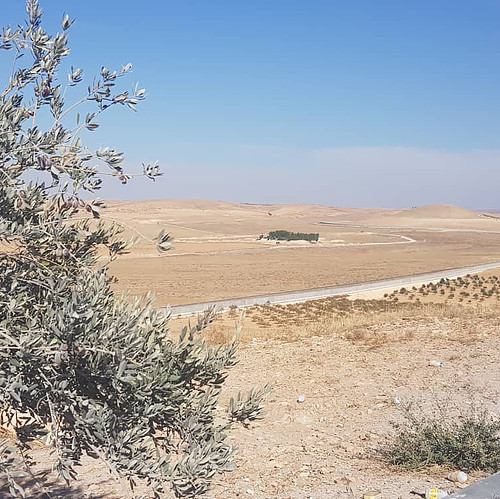 The border area – The tree conceals the base from where shells were fired, according to the SDF

The Turkish attacks led to a temporary halt in joint SDF/Coalition operations against Islamic State in the Hajin area in Deir al-Zur province.

The Iranian Plot That Shut Down Denmark

What is likely to happen next? There are rumors in Syrian Kurdish circles of a possible imminent Turkish ground operation from across the border into Tel Abyad. Any ground action would likely involve Syrian Sunni Arab rebel forces. Turkey has at its disposal both a Syrian rebel army under direct Turkish command (the ‘Jaish al-Watani or Syrian National Army) and a coalition of Sunni Arab rebel factions (the National Liberation Front). In Operations Euphrates Shield and Olive Branch, forces of this type constituted the main ground component, supported by Turkish artillery and air power.

a significant escalation in the ongoing face-off between Turkish and Kurdish forces in northern Syria.

Any such move, however, would constitute a direct challenge to US plans and wishes in the area, and may be a step too far for Turkey to currently contemplate. Nevertheless, Turkey’s actions constitute a significant escalation in the ongoing face-off between Turkish and Kurdish forces in northern Syria. They are an indication that the status quo of de facto power arrangements along the Euphrates River is one Turkey remains determined to change. Further aggression, whether from the air or the ground, is therefore likely.

Facing Unpleasant Facts: What You aren’t Supposed To Say about the War In Ukraine

Could Brazil One Day Be A NATO Ally?