How Denmark shut down Europe to stop the plot

Now we know why Denmark cut itself off from Germany and Sweden and launched a massive security operation in September. It wasn’t against an ISIS-style terror attack, but against an Iranian plot to murder Ahwaz activists. The plot caused Copenhagen to close its bridges. Now the full story can be told and it may rock Europe and EU relations with Iran. Denmark’s ambassador is on the way home from Tehran. Iran’s pro-government Fars News is complaining about a bias against Iran, denying Iran had anything to do with the plot. Danish Prime Minister Lars Lokke Rasmussen described the suspected plot as “totally unacceptable” 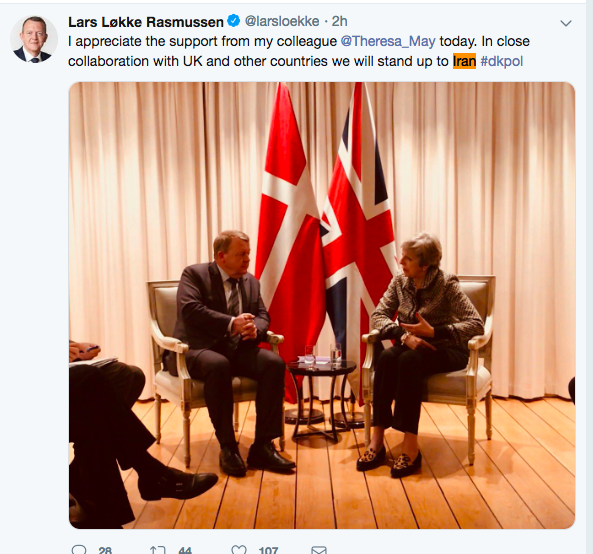 Denmark will “stand up” to Iran

Here is the story of how Iranian agents plotted to assassinate a leader of a dissident group that fights for the fights of Arabs in southwest Iran. A Norwegian citizen of Iranian origin allegedly travelled to Sweden and was arrested on October 21. US Secretary of State Mike Pompeo thanked Denmark’s government for arresting the “Iranian regime assassin” on Tuesday. 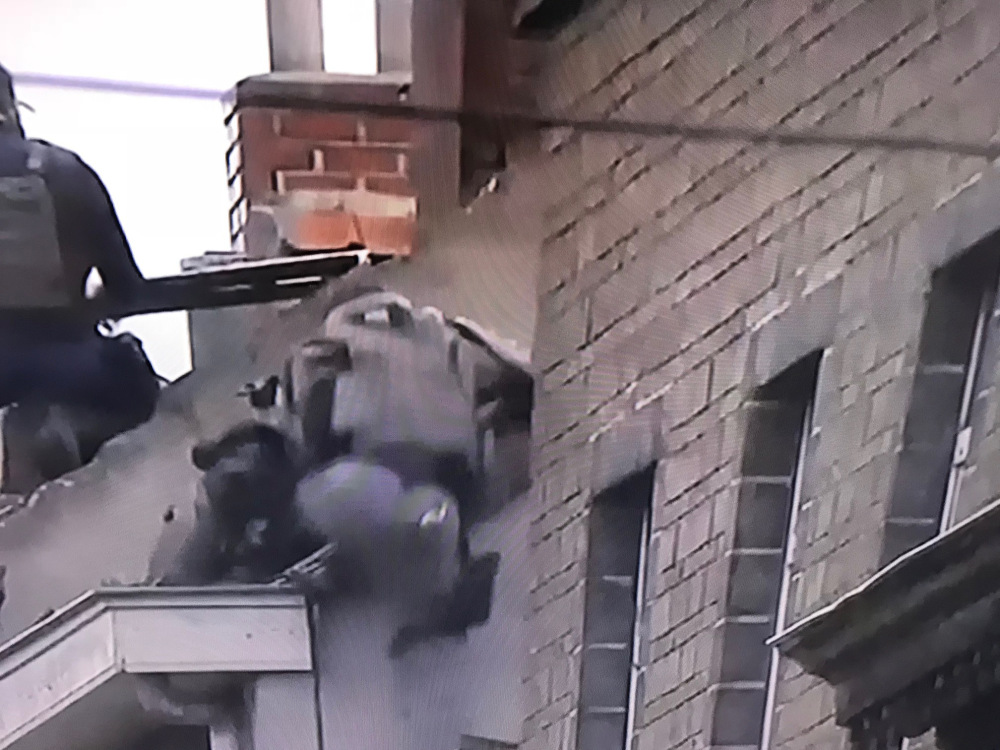 Police search for the plotters

He was tracked to Sweden in October where he was arrested on October 21 and extradited to Denmark. The case stems from an emergency in September in Denmark as police searched for a Swedish car that was thought to be conducting surveillance on members of Arab Struggle Movement for the Liberation of Ahwaz (ASMLA). The plot had involved targeting of members of ASMLA in Ringsted, a Danish city near Copenhagen. Police put the ASMLA member under protection. Two other members of the group also had received threats and were protected. When the car was spotted, police sought to shut down access to Zealand, the large island that is part of Denmark and home to the capital.

On September 28 helicopters patrolled and police closed the Oresund bridge with Sweden and the Great Belt bridge leading to the mainland. Denmark closed its borders and used dogs to seek the suspect. Eventually the suspect was found, not in Denmark, but in Sweden on October 21. He apparently had photos of houses and apartments of dissidents from ASMLA. The suspect denies the charges. “We are dealing with an Iranian intelligence agency planning an attack on Danish soil,” Andersen said at a press conference. Danish Foreign Minister Anders Samuelsen condemned the incident as “completely unacceptable.” Copenhagen is now looking at ways to respond, in cooperation with other European states. Denmark withdrew its ambassador from Tehran on Tuesday, October 30.

The plot joins other Iranian-backed attacks and incidents in Europe. For instance, on October 26 France expelled an Iranian diplomat over a plot in June to attack an opposition rally. In connection to the same case Germany has backed the extradition of Assadollah Assadi, an Iranian diplomat based in Austria and detained in Germany. He will be extradited to Belgium. He is called the “spymaster” for his role in allegedly seeking to provide half a kilo of explosives to other operatives. In that case the plotters were targeting the National Council of Resistance of Iran (NCRI) at an event near Paris on June 30. Belgian police swung into action and stopped the plot by intercepting a Mercedes driven by the Antwerp-based Iranian couple. The explosives were hidden in a bag. Like the Denmark plot, the June 30 plot is unprecedented in its scope and being so efficiently exposed. A court has ruled that diplomatic immunity doesn’t apply for the “spymaster.” He was on holiday at the time of his arrest in July, but his holiday is now being spent in a prison. The case spans Austria, Luxembourg, Belgium, Germany and France.

Iran has targeted Ahwaz activists before. In November 2017 an activist named Ahmad Mola Nissi from ASMLA was assassinated in Holland. In September 2018 an attack in Iran targeting a military parade in Ahwaz was blamed on the Ahwaz movement but Tehran later accused ISIS of the terrorist attack. Tehran did arrest at least 22 people in Ahwaz in connection with the attack. Iran wants to crack down on opposition groups. It has fired ballistic missiles at Kurds in Iraq and is hunting dissidents online and globally.

The arrest in Denmark comes as US sanctions are about the increase on November 4. Pompeo congratulated Denmark on its arrest. “For nearly 40 years, Europe has been the target of Iran-sponsored terrorist attacks. We call on our allies and partners to confront the full range of Iran’s threats to peace and security,” the US Secretary of State tweeted.

We congratulate the government of #Denmark on its arrest of an Iranian regime assassin. For nearly 40 years, Europe has been the target of #Iran-sponsored terrorist attacks. We call on our allies and partners to confront the full range of Iran’s threats to peace and security.

Iran’s foreign ministry spokesman Bahram Qasemi has responded that Denmark’s actions are biased. He told the press that Iran rejected accusations it was involved in the plot. 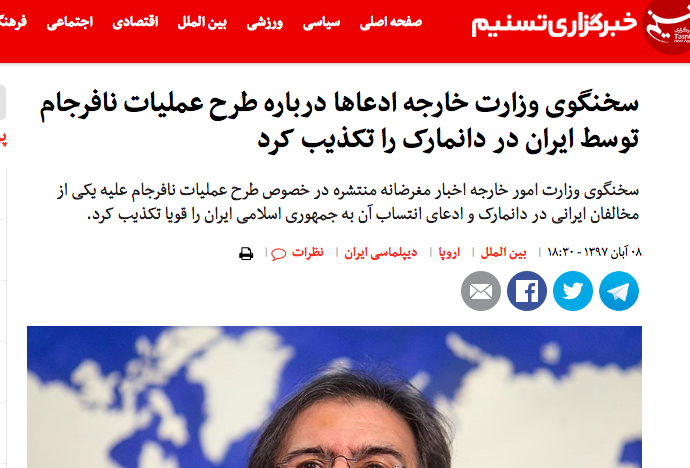 Iran is non-plussed with its agents being tracked down. Iran had thought that Europe was a kind of soft underbelly where it could wage its wars without any pushback. But local intelligence services are confronting Iran and learning how it uses its network of agents and diplomatic cover.

Iran is in the middle of Arba’een, the Shi’ite pilgrimage, and now says the US is waging psychological war on it. Fars News has a report claiming that that arrests are driven by “bias.” Press TV also says this is part of a “conspiracy” against Iran. Tasnim, unsurprisingly, reports the same.

What comes next is unclear. Denmark wants other EU countries to join it. With France and Denmark already involved in diplomatic spats with Iran over the plots, the pushback may grow, precisely at a difficult time for Tehran.

The current plot in Denmark may have targeted a gathering or event that was to take place in November. The full details are still developing. Ahwaz news outlets haven’t added much more details. The suspect will be held until November 8.