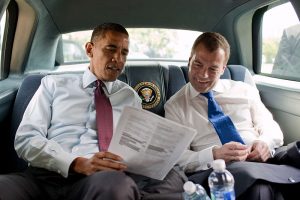 Imagine that you take your fancy film camera on that once in a lifetime trip to Yellowstone National Park, but when you come home and develop the film you get photos of someone’s Bar Mitzvah. Quite a surprise, eh?

There is, in nature, a phenomenon we call a “latent image”. This phenomenon was well-utilized by spooks of years past who used “invisible ink” to write secret messages. Quite often they would write a different message, of an innocuous character, on top of the one written by the invisible ink. Stopped by the Red Coats? All you have is a shopping list your wife gave you for the merchants in Boston. But place the piece of paper carefully over a flame, and the heat causes the invisible ink to change its chemical properties, and the real message, the one to the Patriots gathering in Paul Revere’s house, is revealed.

The image was there the entire time, but it was latent, waiting for the proper DEVELOPER agent to show itself. Photographic film has a similar property; when the shutter is opened, it is bombarded by photons, leaving behind a latent image. Only when the film is bathed in a bath of a chemical agent known as the developer, does the image reveal itself. Sometimes, that image can be quite surprising.

Trump is the great developer agent for American and indeed global politics, and the action he has recently undertaken in leaving the Iran deal is the most potent molecule in it. You see, the image we saw when looking at the world’s geopolitical landscape, the one where the European Union was America’s greatest ally, the one where BOTH American political parties, the Republicans and the Democrats wanted a strong America, disagreeing only on the means of achieving that common goal, the one where American major media outlets were committed to reporting the truth no matter where it would lead them with no trace of a political bias, well, that image proved to be the shopping list.

It turns out that under that façade there was a much darker and more sinister latent image, an image representing a different and much more lamentable set of realities. It turns out that one of America’s parties, the Democrats, have been actively working, for a long time now, against American interests. It turns out that Democrats, both those who now hold or have ever held elective office and those who are now working or have ever worked in the government bureaucracy, are allied with America’s enemies against the American people. It turns out that these same Democrats have long since joined hands with the entire main stream media to root for America’s enemies and do everything in their considerable powers to aid and abet the same. It turns out that America’s “best allies” are not Western Europeans, who apparently wish for nothing better than to see the country that saved them from the clutches of both fascism and communism brought to its knees, but rather countries like Saudi Arabia, and India, and Israel, and Eastern Europe. When the EU tried last week to brazenly interfere with America’s sovereign right to decide where its Israeli Embassy would be located, it was the trio of Eastern European countries of Hungary, the Czech Republic, and Romania that scuttled that embarrassing resolution of opposition to something that is both America’s right and God’s will.

In the New York Times yesterday, two ex-officials from our ex-president’s failed administration opined, rather breathlessly, that Western Europe, in the wake of America’s pulling out of the Iran deal, should recall their ambassadors from Washington and expel the American ambassadors resident in their own countries. This astonishing drivel illustrates like nothing else the unfathomable ignorance of Obama administration’s officials of the geopolitical, economic, and military realities of our world and of course their burning hatred for their own country, the United States of America. 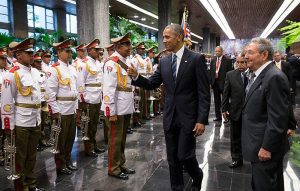 Indeed, the powerful developer that is the act of withdrawal from the JCPOA, revealed another fact that had long been overwritten by social justice doodles; America is still, by far the strongest political, economic, and military force in the world. Nobody else comes even remotely close. Should any European country take the unfortunate advice of Obama’s failed deep-staters, they will soon find out that they are utterly defenseless against Russia, a country that may have little else, but does have one of the world’s top militaries, in both the conventional and nuclear theaters. Western Europe would soon see the American forces stationed on their soil withdrawn, the spare parts for their Raytheon-made Patriot anti-missile and anti-aircraft defense system suddenly unavailable, the newly constructed NATO command center in Brussels would be up for liquidation sale, and it is quite likely that it would be snapped up by Eric Trump to be added to the portfolio of Trump luxury hotels.

And how about all of these BMW’s, and Airbuses, and French wines now making their way duty free into America? It would seem that 30% tariffs would hurt the European economies, dependent as they are on exports, primarily to America, more than they would hurt the American consumer who always has other choices, be they foreign or domestic. Europe, with its high unemployment, high percentage of government jobs, and an infinite litany of welfare programs is particularly ill-equipped to play economic chicken with the US.

“If America withdraws from the agreement, we will tear it up!” Said Khamenei. “And the Little Satan, Israel, will pay a price they’ll never forget!” He added (paraphrasing here). Hmmm… let’s see now. A couple of days ago, Iran fired about twenty short range rockets from its bases in Syria on Israeli military installations in the Golan Heights. Not a single rocket reached Israeli soil. There was no damage and no casualties. Israeli schoolchildren were in school the next day. In Syria, however, that same night, ALL Iranian installations were destroyed with a reported loss of life well in excess of twenty, more than half of them Iranians. All of Syria’s capital Damascus was in the dark for hours. All Syrian anti-aircraft batteries that fired on Israeli warplanes were destroyed and the IDF obligingly put the videos of their destruction out for all to see. No Israeli aircraft was damaged by Syrian or Iranian fire. Among the anti-aircraft systems destroyed by Israel was the highly vaunted short to medium range Russian-made Pantsyr S1 system. This system was promoted by the Russians as the world’s golden standard in the protection of high-impact installations against enemy air raids. The name itself, Pantsyr, meaning “shield” in Russian (as in a shield carried by foot or mounted soldiers in history), evokes impregnability and absolute protection. The videos of Pantsyr destruction by the Israeli Air Force made the rounds on Russian twittersphere, where people in the know commented that the mobile launchers, as videotaped by the incoming missiles, had no more of their own missiles left. They had fired them all, they all missed their targets, and then they were blown to smithereens. 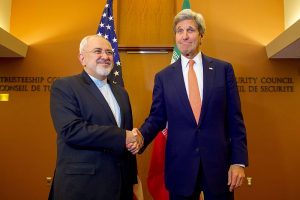 Can anyone doubt that this duel between American made fighter planes with Israeli made munitions and Russian-made state-of-the-art air defense systems, a duel that ended with the most humiliating defeat possible for the Russian military tech, is now studied by the military procurement agencies of countries across the globe large and small? Can anyone doubt that these same countries are now much more inclined to believe President Trump’s assertion that American arms are the best there are, bar none? If you were Sri-Lanka, would you buy the Pantsyr S1 after you saw what an F-16 can do to it?

The day before this lopsided exchange between Israel and Iran, Israel’s Prime Minister Benjamin Netanyahu met with Russian president Putin in the Kremlin. Immediately after the meeting, Moscow cancelled its long-awaited sale to Syria of the state-of-the-art long range anti-aircraft and anti-missile defense system, the S-300. It is not hard to imagine why they did so; Bibi likely told Putin that if an S-300 system is ever deployed in Syria it would be taken out by the IDF. Putin had doubtlessly already been briefed by his experts, who told him that in any contest between the S-300 and the Israeli Air Force equipped with American and Israeli technology, the S-300 would lose and lose badly and embarrassingly, hurting both Putin’s political capital at home and the sale of the S-300 to such strategic clients as Turkey.

At this point it may be well worth remembering that the Iranian nuclear and military installations are protected by the same old S-300’s and their longer-range version, the S-400. Putin’s reticence to deploy these weapons to Syria where they would be tested against Israel must not have gone unnoticed in Teheran, because rather than tearing up the JCPOA as they had promised, they are clinging to it for dear life, going as far as to threaten to reveal the names of the Brussels Eurocrats who took Iranian silver to betray their own countries and enter into this rotten deal. 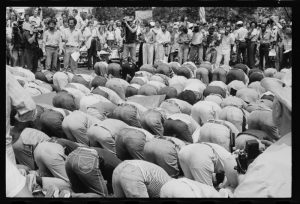 So there we have it: Trump’s decision to leave the JCPOA was the last and the most potent ingredient to be added to the bath of developer agents in which our image of the world is now being bathed, and the true image, long suppressed by lies and fairy tales is finally coming to light. In this, the real world, we observe American elites fully aligning themselves with America’s sworn enemies, with people who burn the American flag and chant “death to America” and against a duly elected president and more importantly against the American People. Many among these traitorous American elites are Jews, and yet they love the islamofascists in Teheran more than they love their brothers and sisters in Israel, for whose destruction the Mullahs pray daily. We observe an alliance between sleaze lawyers, porn stars (“I slept with 1000 men!”), senior intelligence officials past and present, corrupt judiciary, media elites, Islamic terrorists, Russia, China, and everyone else who hates America against those folks in places like Topeka and Erie, and Caribou, Maine. Folks who want to work hard and pay taxes in exchange for which their government would provide them with safety, a level playing field on which to succeed or fail, and leave them alone to be the best they can be. 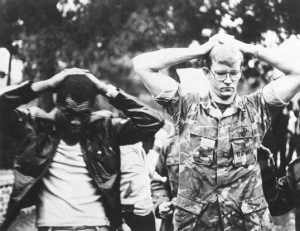 In most cases, when a latent image is exposed it holds little in a way of surprise, after all, we usually know where our camera was pointed. I suspect that Trump himself, prescient as he often seems to be, was surprised by the image that was revealed by his presidency and his actions, and more is likely hidden yet. America’s enemies, those we knew about and those we thought of as friends, are doing all they can to stop the truth from coming out because it will lead to their utter destruction. But this is to no avail; as any amateur photographer knows, the exposure process, once started, always reaches its end.