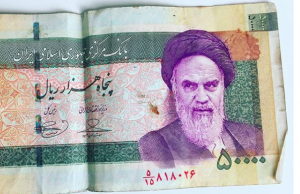 “Not that there’s anything wrong with it!” everyone would exclaim in the Seinfeld episode in which everyone thought that Jerry and George were a gay couple. “It’s a great civilization!” everyone is compelled to proclaim when talking about Iran. And it was, twenty-five hundred years ago, but even then it was not nearly as great or influential when it comes to our modern world as the contemporaneous civilizations in Rome, in Athens, and in Jerusalem. It is on these civilizations, not the Persian one that our world rests today. In fact, the most profound contribution by the Persians to global history was the decision in 538 BC by the Persian king Cyrus to allow the Judean elites exiled some seventy years earlier by the Babylonians to return to Judea and reestablish in it an autonomous ethno-religious entity complete with the rebuilding of the Temple in Jerusalem, known today as the Second Temple. Without this decision, there would be no branching out from ancient Judaism of the three religions that have shaped and are still shaping our world today: Rabbinical Judaism, Christianity, and Islam.

It is folly to imbue modern populations with the vices or virtues of their ancestors, no matter how tempting it may be. Italian guys in tight jeans and sunglasses cruising the streets of Rome on their Vespa scooters have little in common with the fierce legionnaires of Julius Caesar’s conquering armies. British football hooligans bear no resemblance to the highly disciplined British sailors of the 17th, 18th, and 19th centuries when Britannia ruled the waves. Israeli commandoes find little in common with soy-boy American Jewish social justice warriors a la Jake Tapper, who faint at the mere mention of a firearm. Modern Iranians are in their vast majority poorly educated peasants and shopkeepers living in a country that is among the least developed among its size by any available indicator. Iran’s economy in terms of its total GDP is the size of New Jersey’s and only slightly bigger than that of Israel, both with populations of nine million, roughly 12% of the population of Iran. 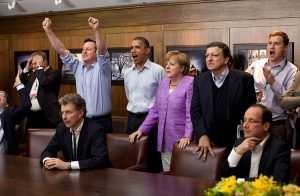 On social metrics such as the development of women, religious minorities, and the LGBT community, Iran has likely the world’s worst record. The same goes for political development metrics such as freedom of press, freedom of assembly, and freedom of worship, all of which are nonexistent in Iran. As a matter of fact, any objective look at the country known today as Iran reveals a backward theocracy, a brutal dictatorship by one of the world’s most oppressive religions; the Shia Islam. It reveals a country that derives its meager income from the sale of its one and only valuable commodity, oil, a commodity which is near the end of its historical run and of which there is already a worldwide glut. It reveals a country that completely discounts the female half of its population and invests next to nothing in the development of the male half. It reveals a country that is ruled by a ruthless junta of religious fanatics who do not shy away from any means available to them, no matter how brutal, to keep their population in check. Finally, it reveals a country that is hell-bent on exporting its eschatological lunacy, its end-of-days cataclysmic visions to the rest of the Middle East and the planet.

For all its bluster and extreme rhetoric, Iran, if properly contained, poses little risk to the civilized world. Its military is small and poorly equipped, its navy has at best littoral capabilities, its nuclear program is incomplete. So why is Iran being given such a prominent place in human affairs? Why is the so-called Iran Deal, such a big deal? Why is everyone obsessed with the Mullahs’ next steps? After all, when faced with such a repugnantly rabid and at the same time economically and militarily insignificant entity, wouldn’t the right response, the natural response, the ONLY response simply be one of containment and neglect? Wouldn’t it make sense to isolate Iran politically, militarily, economically, until such time as it was ready to rejoin the family of civilized nations? 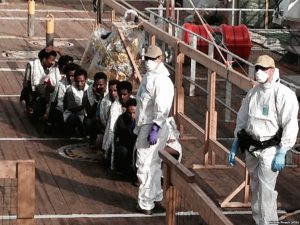 And yet, this is not the course that being undertaken not only by the usual bad actors of North Korea, Russia, and China, but also by the self-proclaimed champions of human and especially minority rights, the European Union and the Globalist establishment until recently led by the Clinton-Obama cabal.

With the recent escalation of tensions between Iran and Israel, tensions that are perfectly capable of plunging the entire Middle East into armed conflict, it is more than fair to ask why Iran is being indulged and enabled by the global powers with the recent exception of the US under the visionary leadership of President Trump. Some in the American media are defaulting to the tired and baseless explanation that the Europeans are interested in Iran’s market for civilian aircraft and other products. While access to the Iranian market may be lucrative to select corporations, a market the size of New Jersey is hardly worth the price of global destabilization and a Middle East war. No, the real answer is found elsewhere; the one thing that the powers that support Iran have in common is their desire to keep the United States of America in check, while at the same time not appearing to actively engage in activities that are contrary to American interests. 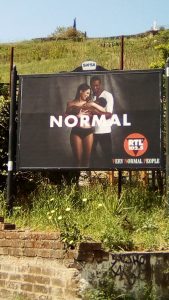 Iran has shown itself, through its successful destabilization of Syria and Yemen via the exportation of its murderous Shia ideology to be capable of being quite the thorn in America’s side. Iran’s nuclear program, while incomplete, threatens to place nuclear devices under the control of a rogue regime obsessed with eschatological fantasies, one that is eager to bring about the end of days. The thought of any country whose official leadership publicly calls for the annihilation of other countries that are full-fledged members of the United Nations as Iran is routinely doing with America and Israel, obtaining the means by which this professed goal may actually be accomplished, is justifiably horrifying.

Russia, China, North Korea, these countries are openly hostile to American interests and thus their support for Iran is hardly surprising. The EU, however, is ostensibly not only America’s greatest trading partner, but is also America’s main military ally via the NATO alliance. EU’s failure to condemn Iran for its atrocious human rights records, its attempts at nuclear proliferation, and its destabilizing activities in the Middle East, would have been truly astounding had the EU not actually been actively supporting Iran in its nefarious activities. 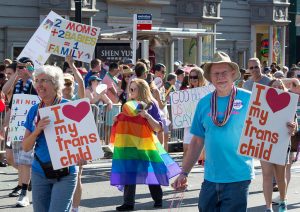 But there is method to this madness; the Europeans, ever the ungrateful recipients of America’s financial largesse and military protection, have developed a multi-decade project called globalism, the sole purpose of which is the curtailment and containment of America’s power without seeming to act in opposition to America’s interests. Globalism is in its true essence a europification effort for America; it’s an effort to make America Europe again, if it in fact had ever been Europe. As such, it is a project whose end goal is the reversal of the American Revolution and the nullification of the American Declaration of Independence and the American Constitution. It is also a suicidal project as far as Europe is concerned, because it is only a fiercely American America that could have saved Europe in two world wars and in the subsequent Cold War. It is uniquely the American spirit and unambiguous love of freedom that is so poo-pooed by the globalist elites that is even now standing up to Russia and more importantly China.

But parasites never know when to say when; they just leach off their hosts until, unless the host’s immune system kicks in, they die and take the parasites with them. Europe’s globalist elites and their lackeys on America’s coasts despise the people in Middle America, the very people to whom they owe their freedoms and their wealth. They, often openly, wish for the literal extinction of these people, failing to see, parasite-like, that it would inevitably spell their own doom. Europe’s malaise, its moral equivalence, its languid laziness, its gluttony, its selfishness, all managed to find firm purchase on America’s shores ever since the immediate threat from the Soviet Union receded a quarter century ago. But America’s middle, its core, its moral compass, even when starved by globalization’s favorite practice of inflicting economic devastation via unfair market practices, still showed signs of life. The fall of the USSR provided an economic bonanza in the form of reduced military expenditures, giving working Americans another chance. This was something that the globalists in Brussels, New York, and LA couldn’t allow. Thus the forced importation of Islamic terrorism to American shores; thus Bush’s war on terror, followed by his neocon buddies’ Middle East democratization via shock and awe Iraq project, thus Obama’s mantra of “we have to learn to live with terror”. 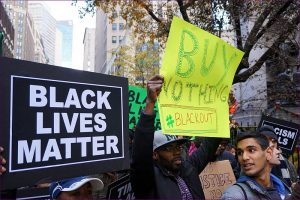 We must hand it to the globalists; it was a master stroke. With the jab of offshoring everything to China not quite doing the trick of pussifying America’s center, the heavy right hook of higher than ever military and homeland security expenditures would surely do it. It came close, way too close for comfort. It could very well be that the only thing that saved America was the globalists’ hubris in nominating the most vile and reviled politician that has ever lived to succeed the racial plant that was Obama. Oh and a bit of divine intervention in the form of a real estate developer to whom America has given her share of chances and who felt, perhaps mistakenly, that he had nothing to lose by giving back.