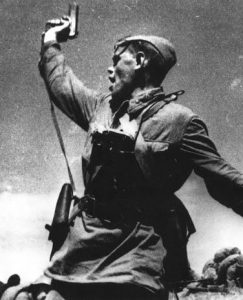 Seventy-three years ago, in May of 1945 hardly anyone outside of the Jewish diaspora heard of the small town on the shores of the Eastern Mediterranean called Tel-Aviv. While its population of two hundred thousand or so was not insignificant for the region, it was a provincial backwater in the British Empire, with its inhabitants traumatized by the recently revealed and utterly incredible dimensions of the Holocaust of their own people, the European Jewry. This unimaginable loss was harder to bear yet, because it was expressly for the salvation of Europe’s Jews that the Zionist movement was created, and because it was they who were relied upon to make up the human capital reserves of the as yet non-existent, but much anticipated independent Jewish state.

Tel-Aviv’s residents were traumatized by unprecedented losses on both the personal (there was hardly a family who hasn’t lost loved ones in the Holocaust) and the communal levels. The British, who as everyone knew, would soon be getting rid of their unsustainable empire, were placing their post-imperial bets squarely on the Arabs, denying the starving, half-dead survivors of the Nazi death camps access their ancestral homeland. The few that were smuggled in looked like visitors from an alien planet, a planet of horrors the likes of which nobody on Earth had ever witnessed. The denizens of Tel-Aviv, even then a bit of a local fun-spot didn’t know how to deal with these wraiths wondering the streets with their tattooed forearms and hollow eyes. Their physique, their Yiddish language, long considered a diaspora vestige by the Hebrew speaking Tel-Aviv natives, their Mitteleuropa politeness, their pale skin, their entire being was a rebuke, THE rebuke: “you were too late!”, they were saying with each breath of the hot and humid Tel-Aviv air they took.

In Moscow, on June 24th, 1945, three year before Israel’s declaration of independence, tens of thousands of German prisoners of war were paraded in the Red Square. Passing by the ten foot high pile of Nazi standards flung at the feet of Lenin’s Mausoleum on their way to years of captivity many never to return, they were spat on by Russian bystanders. The Russians were furious, and rightly so; it is impossible to overestimate the carnage and the cruelty, the wanton torture and murder, the wholesale destruction of priceless cultural assets that the German invaders have wrought upon their homeland. But they were also proud; proud of the unambiguous defeat they have handed to the Germans and their many European collaborators. Proud of the enormous sacrifices they have made in gaining that glorious victory. Proud of finishing the war with the Red Army firmly in control of vast territories that were once part of the Russian Empire and others that weren’t. Yes, they were sucker punched exactly four years earlier, but now they were in control of what used to be Prussia and of Poland and of Hungary and of Romania. The Red Army was feared across the better part of the globe from the Kuril Islands that were freshly ripped away from Japan to the Brandenburg Gate in Hitler’s erstwhile capital, Berlin. The Russian Army was on that day the biggest and best equipped land-based fighting force that the world has ever seen. In those heady days, before Hiroshima and Nagasaki showed that America was not exactly to be trifled with, nothing seemed out of reach for the victorious Russians; they ruled the world.

Today, the people who witnessed those days are nearly all dead and their descendants can only wonder what could have gone so horribly wrong. No longer is the Russian army in Poland or Hungary or Romania, let alone anywhere on German soil with the exception of the tiny Russian enclave in Konigsberg (Kaliningrad), bursting as it is with ballistic missiles. But forget about those foreign lands; how about territories that were integral parts of Russia for centuries? How about Ukraine, Belarus, Armenia, Georgia? Face saving acronyms like CIS (Commonwealth of Independent States), or new half-baked ideas of Eurasian free market zones, don’t fool anyone. The truth is that in the west and in the south erstwhile Soviet republics, now independent states, are trying to figure out how quickly they can join the West without incurring an uncomfortable degree of Moscow’s wrath. In the East, in the vast Siberian taiga (boreal forest), China rules the day. Chinese companies are clearcutting virgin forests, Chinese companies rip out of the ground valuable resources. Chinese are masters and the Slavs are, well, slaves.

In the early 1990’s, with the collapse of the USSR, vast lines formed at the doors of the Dutch consulate in Moscow representing Israel’s interests since Russia cut diplomatic ties with Israel in the aftermath of the 1967 Six Day War. All of a sudden, Russians, Ukrainians, Moldovans, you name it, were discovering that at some point they had Jewish roots. “It’s true that our last name is Zakharov, but grandma’s maiden name was Eisenberg and I remember her lighting Shabbat candles before the War”, they would tell Jewish Agency officials. And the officials wielded their life-saving official stamps and admitted these newly self-discovered Jews under the Law of Return to the ancient and newly reconstituted Jewish homeland: Israel. Over a million of them came to Israel over a short period of only a few years, and they have made a big positive difference for the Jewish State. Russian is now quasi-officially the third official language in Israel and one can get by knowing no other language. Israel is also one of the very few Western destinations that Russians can travel to without a visa, a document that is often exceedingly hard to obtain. 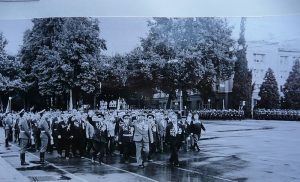 So the children, grandchildren, and great-grandchildren of the generation that looked with hate, disgust, condescension, and maybe even a degree of human compassion at the starving, defeated hordes of Westerners paraded in front of them on their way to (in many cases) slowly dying of starvation and disease never to see their beloved Deutschland again, have to beg for visas to visit, however briefly that land that their ancestors sacrificed so much to defeat. Those that can afford it fly to Tel-Aviv, now a sprawling metropolis of over a million, a city that is on most (good) top-ten lists in the world. A city of gleaming beaches, of peak high and popular culture, and yes, the best food scene in the world. But most can’t afford to even set foot inside an airport, let alone travel to Tel-Aviv, which of course is on the top-ten most expensive cities list. No, 40% of Russian citizens survive on less than ten dollars a day, truly a marker of a third-world country. There can be no doubt that among all the major participants in WWII both in the European and the Pacific theatres, now, seventy-three years later, Russia is by far the least developed, the least prosperous, and the most likely to occupy top positions on all the wrong lists. Drug and alcohol abuse, infant mortality, expected lifespan for women and especially men, GDP per capita, income per capita, you name it, Russia is at or near the bottom of all major countries. Forget about the US, Britain, France, Italy, Germany, and Japan. Even those WWII combatants that were back then entirely marginal like Poland, Czech Republic, Romania, Hungary, and above all China have left Russia in the dust. 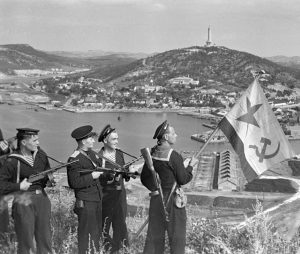 This week, Russia will spend millions of dollars to put up yet another WWII victory parade in the Red Square. Tanks will rumble and jets will fly overhead. Nuclear-capable ballistic missiles will slowly crawl past the same old mausoleum with the same old corpse inside. But what about the people watching? Some are clinging to old glory. Many are beginning to see the absurdity of celebrating in superpower style victory over countries that are now vastly more prosperous than their own. Russia is a poor country that does not even have the technological and business expertise to exploit its own natural resources, letting foreign powers do it instead, akin to the literal banana republics of early 20th century Central America. Russia has roughly half the population it had a hundred years ago and in many metrics such as consumer goods production has yet to reach pre-revolutionary levels or levels that were achieved by Stalin’s GULAG slave labor in the 1930’s. In all ways that count, Russia is the sole loser of the Second World War.
So what happened? Why were the hopes and aspirations of those attending the first WWII victory parade so cruelly dashed against the rocks of history? The answer is not hard to come by; all it takes is to ask those Russians who lived through post-war Soviet history and did not belong to the communist or technocratic elites. In the USSR, there was simply no reason for anyone to work hard. It was not possible to make more money, to open a business, to invest for profit. If any disposable income materialized (a rare event indeed), there was nothing to buy, certainly nothing of any quality. The best way to live was to engage in tufta (pretend work) and whenever possible steal from your employer, the government. After all, the government shafted you, so why not shaft it back? As long as extra effort does not produce extra rewards, why bother? No dream, no aspiration, no amount of well-justified national pride can survive a system that rewards mediocrity and minimal effort. A life or barely clinging to the communist safety net of minimal (but guaranteed!) nutrition and healthcare is hardly a life worth living. It is a life that brings out the worst in people; it makes them lazy, stupid, belligerent. 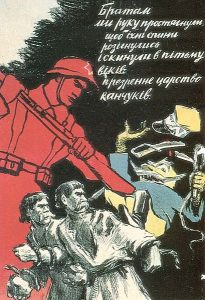 This week the world “celebrates” the bicentennial of the birth of a converted Jew who became the visionary of the hell of low expectations better known as communism. The New York Times sent him an ardent birthday card beyond the grave. “Marx was right!”, the Paper of Record noted.

The tale of two cities, Tel-Aviv and Moscow, shows that they couldn’t possibly be more wrong.

Analysis: War With Russia and What It Means For The Western Balkans

Prelude To Genocide: Remembering The Days Before August 2014 And The Yazidi Genocide