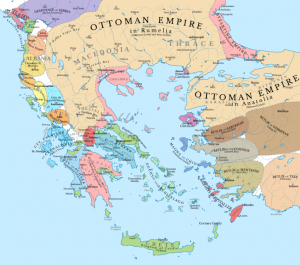 Turkey has always been considered a bridge between the East and the West. Its geographical footprint touches two continents; its huge area, population and vast economic development make Turkey an important Balkan state.

Currently, Turkey seems to be rediscovering the Western Balkans, aiming for far-reaching political impact. The region is at the centre of Turkey’s attention as Anakara increases its influence and becomes a competitive power in the WB, besides Russia, China and the EU.

Turkey is the most economically involved partner in the region. Since 2000, Turkey has taken an active role, putting greater emphasis on Bosnia-Herzegovina and Kosovo as Muslim countries. The Turkish government strives for a mediator’s role among the WB countries, applying new approaches to problems with its neighbors.

Calling Albania and Kosovo its little sisters, due to their Muslim majorities after 500 years of occupation, did not prevent Turkey from establishing good relations with Orthodox countries as well.

Take Serbia for instance. Erdogan’s visit to Serbia last year showed their mutual relations are important for the future of Serbia. In fact, Belgrade supported Erdogan during the recent coup d’état, calling it the highest form of terrorism. The Serbian government declared they want nothing to do with Erdogan’s counterpart, Gulen. Serbia wants clean ties in its relations with other countries stated Vucic in the meeting with the Turkish leader. During Erdogan’s visit in Novi Pazar, a town in the South-West of Serbia with a large population of Bosnian Muslims, both leaders stated the town represents the bridge between Serbia and Turkey. Erdogan called Vucic “dear friend”, promising he will back Turkish investments in Serbia. There have been 12 bilateral agreements signed, attempting to boast bilateral trade volume from USD 800 million a year to over one billion.

Being of different orientations during the past did not prevent Turkey from coming together with Serbia in various forms of regional cooperation schemes under different international systems. Since Serbia’s structural, political changes in 2000, Belgrade has made important adjustments to its foreign policy. Perhaps it is the first time that Serbia and Turkey share similar foreign policy goals, except Kosovo of course. The delicate issue of Kosovo independence still divides however. Turkey acknowledged Kosovo’s status immediately, but Serbia is determined not to, despite pressure from the EU.

It does not seem Turkey is intermediating to solve the situation between the two countries or that the above-mentioned fact is influencing the two nation’s mutual relations with Serbia.

In BiH, Turkey ranks third in foreign investment, primarily in the banking system, agriculture and tourism. While Turkish investments in Macedonia tend to be valued from USD 475 million to 1 billion in trade volume, mostly in construction, energy and agriculture. PM Zaev has frequently invited Turkish businesses to invest in Macedonian free zones that will serve as a gateway to Europe.

Turkey’s relations with Albania are good, although Albanians feel they belong to Europe completely. The conversion of most of the population to Islam, during the Turkish invasion of the 15th century, is mostly considered as regressive for Albanians. After the 1990s, there have been important Turkish investments in Albania in the field of infrastructure and telecommunication. The ties are normal, though not as close as with Kosovo, where Turkish influence is greater, due to the many Kosovars that were sheltered in Turkey after the Serbian conquest in the beginning of last century.

Recently, Turkish relations with Kosovo have been tested, after the deportation of six Turkish officials from the country a couple of weeks ago. The Turkish nationals worked for Gulen’s educational institutions, blamed by Turkish President for the coup d’état two years ago. Kosovo Prime-Minister Haradinaj was against their deportation and sacked the Minister of Interior and the Head of Intelligence Agency.

Erdogan was harsh with his judgment of the deportations. He called it a historical mistake and a disgrace for Kosovo’s prime minister. According to the Kosovar government, such declarations are worrying, as they come from the leader of a partner country and do not contribute to the strengthening of friendship and mutual cooperation. Kosovo is a sovereign country and it can not accept pressure from abroad. After the incident, the Turkish media targeted Kosovar PM Haradinaj, maintaining he denies being a Muslim, drinks alcohol and is a big spender. Referring to his interview on T7, where asked about the incident, he stated he is Albanian, toasted a glass of Raki with his guests, and declared he does not come from Anatolia.

Being almost a dictator in Turkey, Erdogan wants to exercise and extend his power on various issues even in small Muslim countries like Kosovo. But for Kosovo, which has suffered a lot under the others’ rule, being sovereign in its decisions is crucial.

Turkey now has its hands all over the Western Balkan through investments. The WB countries are poor and they welcome everyone who offers help.

Turkey’s own lack of progress towards EU accession and the absence of any solid results on EU extension regarding the Western Balkan project, have driven Turkey to expand its efforts to establish closer links with countries of the region. China and Russia are doing the same thing. The failed EU policies in the Western Balkans will cause the region to see more Eastern efforts, with a goal to conquer the region peacefully this time.