Russia is the most geographically disadvantaged major country in the world. This fact, simply stated, is at the root of Russian foreign policy and its paranoia from the beginning of the 18th century and to this very day.

Having no geographically defined and defensible borders such as coasts, rivers, or mountain ranges, Russia has had to relocate its capital twice due to pressure from its enemies. First organized in the 9th century around the northwestern city of Novgorod, not far from today’s St. Petersburgh by the Varangian (Viking) Prince Rurik of the Rus tribe, the nascent Russian state had to relocate 800 miles south to Kiev, due to pressure from Teutonic knights from Poland and the Baltics. Soon thereafter the newly Christian Kievan Rus was being harassed by Muslim Tartar marauders emanating from the Crimea and elements of the Golden Horde, a Mongol power ruled by Genghis Khan’s descendants. Exposed and difficult to defend, Kiev slowly yielded its capital status to the Duchy of Muscovy and the city of Moscow where it remained until Peter the Great built his Window to the West on the Neva river early in the 18th century, and where it is again today.

While the power of the Mongols was broken by Moscow in the early 16th century, Russia remained completely exposed on its western borders to emerging powers such as Poland, Prussia, and even Lithuania. At the same time, Russian geography caused it to remain extremely isolated; most overland traffic was done via rivers, which like the Dnieper and the Volga flowed north to south, terminating in inhospitable and wild places on the shores of the Black and the Caspian seas. The flow of goods and ideas from the West was thus nearly impossible. As a result, while Russia had a few centuries to peacefully develop and grow, it remained technologically backward. As late as the early 17th century it had no sizeable standing military force capable of executing large scale maneuvers. The “streltzy” (literally: shooters) regiments stationed in Moscow armed with medieval matchlock muskets and halberds served as lifeguards for the tsars and could not be considered an effective military force that could stand up to European powers. 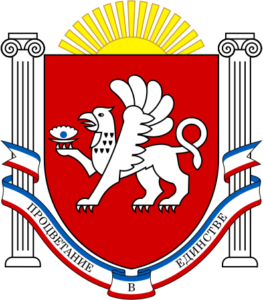 As a result of this backwardness and of the expansionary motives of Polish and Lithuanian nobility, Russia came under virtual occupation by Polish nobles in the late 16th and early 17th century. This served as a major wake up call for elements in the Russian “boyar” or hereditary noble class. Under the leadership of Prince Pozharsky, Russia rid itself of the Polish invaders and called a “zemstvo” (land) assembly that crowned Mikhail Romanov tsar and embarked on the slow process of Russian modernization. The newly minted Romanov dynasty initiated the highly lucrative and geopolitically important conquest of Siberia and expansion of the Russian kingdom to the shores of the Pacific and beyond to Alaska. Encountering little opposition from native tribes, this expansion opened access to extraordinary natural resources in the form of furs and timber that financed the later establishment of the Russian Empire as a major player on the world stage. This eastward expansion also eliminated any threats to Russia from the east and allowed future access to the Pacific Ocean.

The process of modernization was greatly accelerated by Mikhail’s grandson Peter the Great. Peter was a student of all things Western and understood that to survive as an independent polity Russia needed to end its isolation from the West. To do that it needed seaports and a navy. Not one to do anything by half measures, Peter built the eponymously named St. Petersburgh in the mouth of the Neva river, directly threatening Poland, Lithuania, and Prussia. To further make his point he moved the Russian capital from Moscow to St. Petersburgh, where is stayed for the next two centuries. He also established seaports in the small towns of Archangelsk and Murmansk on the shores of the Northern Ocean and laid the foundations for a first-class blue water navy. The newly minted naval bases in the Baltic and North seas had two problems: they were ice-bound for close to six months of the year and extremely inconvenient for trade with the rest of the world. The route east to the Bering Strait was barely passable for 18th century ships even in the summer and the route west led to the narrow English Channel where Russian ships could always be blockaded by the Royal Navy. Finally, Sweden, a major naval and land power of the early 18th century, could blockade Russian ships in port, making them unusable for defense and crippling Russia’s trade routes. 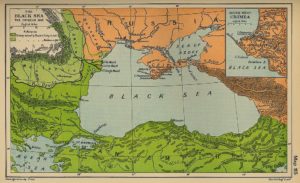 Peter’s strategic ambition thus became the establishment by Russia of a year-round blue water seaport that could not be easily blockaded by her enemies. The only place where such a port could exist was the Black Sea. The northern shores of the Black Sea were in the 18th century desolate places sparsely inhabited by bands of murderous bandits. No port infrastructure existed and access over land was extremely difficult. The exception to this was the Crimean Peninsula. Settled by the Greeks as early as 5th century BC, Crimea had several deep-water ports in continuous operation for centuries. Connected to the mainland by a narrow isthmus it was easily defensible, and its location not far from the mouth of the Dnieper river provided a convenient route into the interior.

Unfortunately for Peter, Crimea was in his day populated by Muslim Tartars whose ruler the Khan was a client of the not very distant Ottoman Empire. The Khan, supplied and supported by the Sublime Porte often ventured past the isthmus and into the Russian interior along the Dnieper, raiding and burning some Russian villages and collecting tribute from others. The task of taking the Crimea from the Tartars proved too large even for Peter. He did however conquer several fortresses on the lower Dnieper from the Ottomans and began in earnest the work of conquering the Crimea for Russia and finally establishing for her a year-round naval base with access to the Black Sea and from there to the Mediterranean. It wasn’t until 1783, nearly 60 years after Peter’s death that the only other Russian monarch styled “the Great”, Catherine II finally and irrevocably captured the Crimea and annexed it to Russia. In accomplishing Peter’s grand vision of Russia as a world power with naval presence in both the northern and the southern oceans, Catherine felt deeply grateful to Peter, erecting in his city of St. Petersburgh the famous equestrian statute, which later became the subject of Pushkin’s famous poem “The Bronze Horseman”. On the 1500 ton “Thunder Stone” granite base, she inscribed “To Peter I from Catherine II”.

The Crimean Peninsula remained an undisputed part of Russia and its imperial successor state, the Soviet Union for over 200 years, until the latter’s dissolution in 1989. During the Crimean war of 1853-1855, the Russians managed to defend Crimea from the coordinated attack by the allied forces of Great Britain, France, and the Ottoman Empire. While Russia was widely considered to have lost that conflict because it had to give up claims on various provinces of the Ottoman Empire it had conquered or laid claim to earlier, the territorial integrity of the Crimea as part of Russia was successfully defended.

The status of the Crimean Peninsula as part of the independent republic of the Ukraine dates to the 1954 decision by the then Secretary General of the Supreme Soviet, Nikita Khrushchev to transfer the territory from being part of the Russian Federation to the Soviet Republic of the Ukraine. The reasons for this decision were more sentimental than practical; Khrushchev was a russified Ukrainian who cut his teeth as a young Bolshevik in the currently disputed Donbass region of southeastern Ukraine. Later during WWII, he was the political commissar in charge of the Ukrainian front and after the war he was the top guy in the Ukraine until assuming the leadership of the entire Soviet empire after Stalin’s death. Transferring the territory to his home republic was to him a purely symbolic gesture as he could not foresee the breakup of the USSR less than 40 years after his decision.

When the USSR broke up into its constituent parts in 1989 the Crimea was thus for the first time since 1783 not officially a part of Russia or the Russian Empire. While Russia now had access to long stretches of Black Sea coastline, the loss of Crimea was no less painful for two important reasons. In practical terms, Crimea was (and now is again) the main base for the Russian Black Sea fleet. The investment that was made over decades in shore based infrastructure such as dry docks, repair and refurbishment facilities, and the like would take tens of billions of dollars to replicate somewhere else. In emotional and symbolic terms, acquiring Crimea was a Russian Imperial project equivalent only to the acquisition of Siberia in terms of blood, treasure, and perseverance over nearly the entire 18th century. For these reasons, the loss of the Crimea is unpalatable for Russia.

This is particularly true due to the loss of large territories on Russia’s western frontiers such as Belorussia, Moldavia, the Ukraine, and the Baltic states, as well as the rapid encroachment of NATO in many eastern European countries that for most of the post-war period were part of the Soviet sphere of influence. The combination of rapid loss of territory along its eastern frontier and the loss of the Crimea to a potentially unfriendly Ukraine, erased for all intents and purposes all the gains bought for Russia by the trifecta of seminal Russian leaders of the modern age: Peter, Catherine, and Stalin. These gains were bought with suffering and sacrifice from ordinary Russians on a truly unimaginable scale. Putin, who sees himself cut from the same cloth as his three larger than life predecessors, will sacrifice everything he can and stop at nothing to regain what he sees as Russia’s bought and paid for in full patrimony. The West would be well-advised to keep this in mind as it is pursuing a containment agenda against Russia in its newly diminished borders and persisting in its attempt to annul the Russian re-annexation of the Crimean Peninsula. 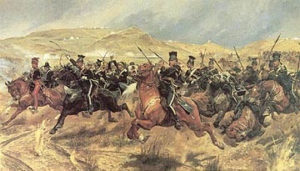