This is the first article from our art critic in Moscow, Polina-Victoria Timoschuk. We expect many interesting reads from her going forward! 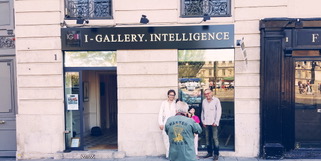 There is an art gallery called ‘I-Gallery Intelligence’, right on the opposite side of the Louver, at the following address: Paris, Quai Voltaire 1. On the show-window of the gallery we noticed a large poster with French words but immediately we realized there was something Russian in the words, ‘LA PALETTE RUSSE’! When coming in we heard a question from charismatic men, “Vous parlez Anglais, Français, Russe?”

You can choose from 3 languages to hear the story of the exhibition from the Russian artists Association. All these artists came from Russia at one time and now they’re called ’emigrants’. Each master has a different life story so exhibited pieces are enriched by an additional narrative. 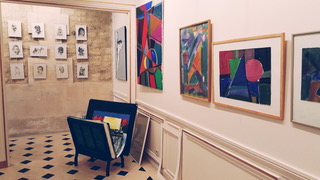 At the entrance of the Gallery there are masterpieces by two major members of the famous ‘Bulldozer Exhibition’ (Moscow 1974) – Oscar Rabine and Vladimir Sichov.

Vladimir Sichov was the first photographer who opened the view of everyday life in the USSR to the West. There are five Sichovs photos (works) on exhibition created during his immigration such as: Yves Montand (French chanson star) sitting in a pose, Marguerite Duras (french writer, screenwriter, director and actress well known by the movie ‘Hiroshima, mon amour’ 1959) with her big sad eyes, there is Keith Haring so small squatting on his haunches and surrounded by his art, and of course there is sophisticated Yves Saint Laurent with his usual cigarette standing next to the model during the fashion show. 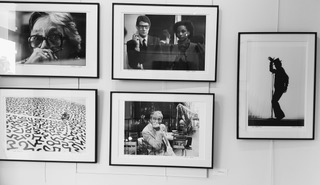 On the opposite wall there was a masterpiece made by Oscar Rabine (1988). Rabine created the collage which is perceived like a projection of time with real objects. We can notice an old pack of cigarettes ‘Gauloises’, withdrawn powder box of ‘Super croix’, the old-fashioned shoes with holes, and the slanting window from which the cat figure appears. This collage with elements of ‘ready made’ art is real evidence of the past. 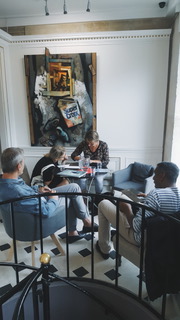 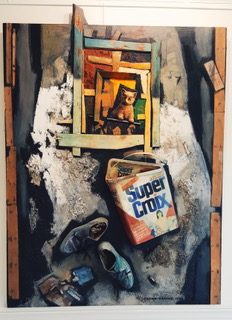 There were some works of another artist — Vladimir Kara. And only then we realized all of a sudden that it was him who was our guide today telling us all these facinating stories about artists and exhibition; it was the artist himself and moreover he was the president of ‘LA PALETTE RUSSE’ association. On the oil canvas Kara depicted a symbolic landscape with figures – lots of emptiness and no marked faces. In the compositions were attached impressions of consciousness and elegy. 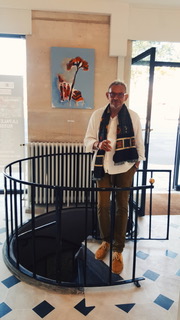 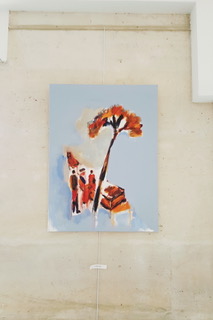 .
There was also Cathrine Zoubtchenko’s art in the gallery space. She was an artist-abstractionist, and also was a companion of creativity of the great Russian artist Lanskoy for many years in Paris. The figural objects are divided into geometrical forms in her art. In one of her works she depicted destruction of the 1945 Berlin church ‘Kaiser Wilhelm Memorial Church’. The artist created a new, colorful, geometrical structure for these ruins. 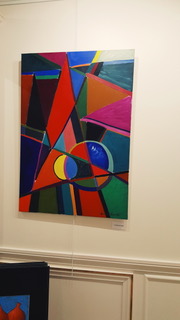 The world of marginal persons is being opened by the works of Vladimir Titov. 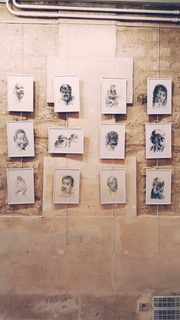 Masha Shmitd. Her abstraction works are like open space with flashes. 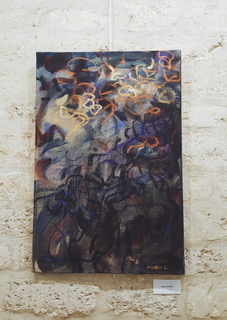 We were lucky to catch the moment of preparing a documentary film about the artist Cathrine Zoubtchenko. It was pleasure to plunge in the atmosphere of a little, intelligent, Russian world in Paris.

Hyenas, Coffee, And Qat – The City Of Harar In Ethiopia Offers Much To Intrigue