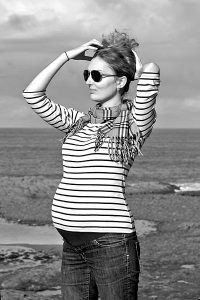 Burger King in Russia has pulled an ad that offered free Voppers for life for any Russian woman that gets impregnated by a World Cup athlete.

Its latest ad, since deleted, promised 3 million rubles ($47,000) and a lifetime supply of signature burgers to “women who get pregnant from world football stars,” all in an effort to inherit “the best football genes.” “We apologize for our statement. It turned out to be too insulting,” the chain posted on Russian social media site Vkontakte, noting that it had removed all references to the ad by late Tuesday. The deleted promo said that encouraging Russian women to bear the children of football players “will lay the foundation for the Russian team’s success several generations ahead,” reported The Moscow Times.

The Russian football team has outperformed all expectations with its progress so far and virtually ensured its spot in the second round of the World Cup this week with a 3-1 win over Egypt. 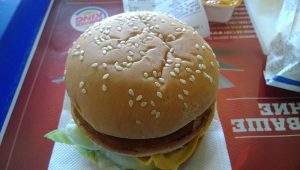 In other news, it was revealed that the Argentine football organization published a manual that was distributed to all its athletes attending the games on how to bed Russian women.

The head of the Argentine Football Association has apologized for the publication of a World Cup manual that included advice on how to woo Russian women. The advice, which has been condemned as sexist, was part of a course entitled “Language and Russian Culture – Thinking of the World Cup” and included tips like: be clean, don’t be negative and don’t treat women as objects. “An internal investigation … concluded that part of the material was printed in error. It does not reflect the thinking of the Argentine Football Association (AFA), nor its president Claudio Tapia, nor any of its directors,” the association said in a statement, also reported The Moscow Times.