The Slovenian National Bureau of Statistics announced that since Melania Trump became the U.S. first lady, tourism industry in the country has dramatically increased.

Total inflow of tourists in Slovenia increased by 10.3% over 2016. Tourists mainly come from Italy, Austria, Croatia, Germany and Serbia – According to Slovenian National Bureau of Statistics.

The Government of Slovenia expects that tourism will lead to further growth of the economy.  2.9% growth is expected in 2017.

“Slovenia’s recognition in the world has been growing stronger since last year, when Donald Trump announced his candidacy,” the Slovenian Tourist Board’s Rebeka Kumer Bizjak said. “Besides the media, an increased number of American citizens are now also expected to become interested in the homeland of the first lady.”

Local travel agencies even started to organize special trips – “on the footsteps of Melania Trump”. Special trips are designed to discover the place where U.S. first lady lived, studied and worked.

Melania Trump was born in the city of Novo mesto in 1970 and grew up in Sevnica. She studied architecture and design at the University of Ljubljana. After the first year, she dropped out and moved to Milan, where she began modeling career.

Slovenia is a sovereign country located in southern Central Europe bordering Italy to the west, the Adriatic Sea to the southwest, Croatia to the south and east, Hungary to the northeast, and Austria to the north.

It was a founding member of the Socialist Federal Republic of Yugoslavia. In June 1991, after the introduction of multi-party representative democracy, Slovenia split from Yugoslavia and became an independent country.In 2004, it entered NATO and the European Union; in 2007 became the first formerly communist country to join the Eurozone; and in 2010 joined the OECD, a global association of high-income developed countries. 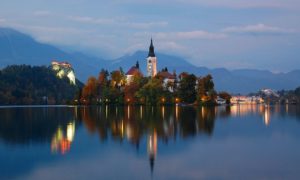 The nation’s capital, Ljubljana, has many important Baroque and Vienna Secession buildings, with several important works of the native born architects.

At the northwestern corner of the country lie the Julian Alps with the picturesque Lake Bled and the Soča Valley.

The region of Slovenian Istria meets the Adriatic Sea, wherethe most important historical monument is the Venetian Gothic Mediterranean town of Piran while the settlement of Portorož attracts crowds in summer.

The hills around Slovenia’s second-largest town, Maribor, are renowned for their wine-making. The northeastern part of the country is rich with spas.

Important parts of tourism in Slovenia include congress and gambling tourism. Slovenia is the country with the highest percentage of casinos per 1,000 inhabitants in the European Union. Perla in Nova Gorica is the largest casino in the region “ – Wikipedia says. 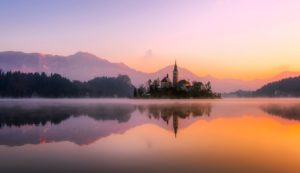 Be A New Kid ‘On The Block’ In Tirana

Welcome To Theth In Albanian Alps!