President Trump at the Israel Museum. Jerusalem May 23, 2017

My dad, may he rest in peace, was a fervent Jewish nationalist and Zionist. He was also an atheist and as far as I know, the only time he set foot in a synagogue was during my Bar Mitzvah service, wherein he shyly and uncomfortably recited in front of the entire congregation “baruch sheptarani meonsho shel ze”, Blessed is He, who rid me of this nuisance, the “nuisance”, of course, being your humble servant, who was supposed to, upon reaching the ripe age of thirteen, leave home and stop bugging his parents for sustenance.

Prime Minister of Netanyahu, in the wake of the unspeakable tragedy that took place last week at the Tree of Life synagogue in the heavily Jewish Squirrel Hill Pittsburgh neighborhood, declared that the people who were killed there were slaughtered because they were Jews and for no other reason. The Nazi killer wholeheartedly agrees. So there we have it, folks, the representative of the victims and the perpetrator of the crime agree on the motive. Case closed. Or is it? As it turns out, not so fast. The mayor of Pittsburgh, a number of the Pittsburgh Jewish community members, and many of the media elites, including many Jews beg to differ. They differ not only as far as the killer’s motive, but all the way up to the killer’s very identity. In their opinion, the killer was merely a dumb object, no different from a gun or a knife. He was simply a weapon and can be prescribed motive or be held responsible for his crime no more than any other weapon, in other words, not at all. 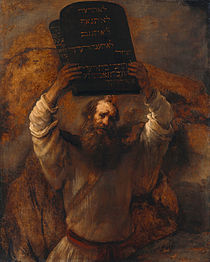 Rembrandt – Moses with the Ten Commandments

So who is the real culprit in this horrible tragedy? Well, according to the aforementioned progressives, Jewish and Gentile alike, it is none other than President Donald Trump, who through his “divisive rhetoric” and his self-identification as a “Nationalist” uploaded homicidal thoughts into the killer’s feeble mind and all but made him pull the trigger of his weapon. Now, Trump, whose daughter and son in law are observing Jews and who is the most pro-Israel president in both words and actions that has ever occupied the White House, cannot, in any consciousness be accused of harboring anti-Jewish sentiments. So what is really going on here?

The answer lies in the duality of the definition of “Jew”. Who is a Jew? What is a Jew? What makes a human being Jewish? This question has had many answers over the last three millennia. Skipping an overly long history lesson, let us focus on the answers that this question has had since the so called “Spring of Nations” in the aftermath of Napoleon Bonaparte’s European tour of conquest in early 19th century. Prior to Napoleon enacting laws that allowed the ghetto walls in Western and Middle European to come down, all Jews believed that they belonged to BOTH a unique ethnic group and a unique religion. But as Jews, especially in France, Germany, Austria, and Hungary began to be more and more integrated into the Gentile society, they began to suppress their ethnic identity, either assimilating completely or leaving for themselves only a religious affiliation by which to separate themselves from the Gentiles. The Einstein family, a good example of such assimilated Jews, called themselves “Germans adhering to the religion of Moses”. This was the case for most German and Austrian Jews in the 19th and pre-War 20th centuries. The higher the social status, the higher the assimilation level. By adopting this definition, these Jews avoided so much as the mere usage of the word “Jew”, a word that would identify them as belonging to the Israelite tribe of Judah, an overtly ethnic identification. This was not a side-effect; on the contrary, it was the desired outcome. These Jews insisted on effacing any trace of a possible unique ethnicity, allowing only the trace of a different religious affiliation to separate them from their Gentile colleagues. Since most of these Jews were “enlightened”, meaning quasi-atheist, even this trace of a difference was of no import at all.

Then came Hitler. Like his devoted follower, Mr. Bowers of Pittsburgh, Pennsylvania, Hitler did not for a second buy the religious theory of Jewishness. To him, Jews were a RACE, meaning a much deeper and more fundamentally defining denomination than mere ethnicity. The Irish are an ethnic group, but nobody would call them a separate race. To Hitler, that was precisely what Jews were, religious or not, assimilated or not, they were a unique and separate race. A race that needed to be annihilated. Being Jewish does not require religious observance, but actively becoming a member of a religion other than Judaism, automatically expels one from the fold of the Jewish community, making them a Gentile. Not for Hitler. To him, Jews could no more become Gentiles than a donkey could become a horse or a black-skinned person convert to being white.

The lessons of the Holocaust in which Jews were exterminated as a race rather than a religious group dissuaded the remnants of the European Jewry and the small Jewish population then present in the Land of Israel from adopting a uniquely religious definition of Jewishness. They finally understood the futility of this approach as a defense against deadly anti-Semitic violence. In the aftermath of the Holocaust, the Jews that founded the State of Israel, became more convinced than ever that Jews were a nation among nations and that as such they deserved to reestablish their independence in their ancestral homeland, Israel. Relying on the successes of the Jewish nationalist movement Zionism, built as it was on the heels of the many mini-holocausts against Jews in Eastern Europe three quarters of a century earlier known collectively as pogroms, they did just that.

American Jewry, deriving as it was from those fleeing the late 19th and earlier 20th century European pogroms and not having experienced neither the fires of the Holocaust nor the struggle for independence in the Land of Israel, began slowly but surely following in the footsteps of the German Jewry, suppressing their ethnic identity, their Jewish NATIONALITY, in favor of religious observance, observance that via the purely Jewish-lite denominations of Reformed and Conservative Judaism became progressively more and more watered down and devoid of any historical and nationalistic content. In fact, the Reformed and to a lesser degree Conservative streams of American Judaism were established precisely as a reaction to the Jewish Orthodox treatment of the Jews as a CHOSEN PEOPLE, a separate nation, a nations whose ancestral homeland was Israel and whose highest aspiration was leaving the Diaspora behind and returning to Israel to rebuild there a new home for the Jewish nation. These denominations, via selectively taking out parts of the prayer book that were in many cases over a thousand years old, parts that were written by the blood of Jewish martyrs being marched to their deaths at the stake, actively sought to suppress any secular identification of Jews as separate and apart from their Gentile neighbors. 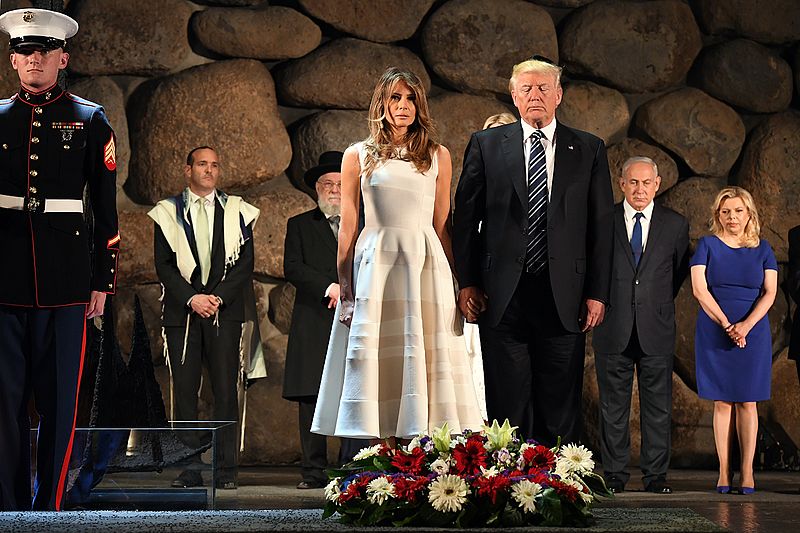 American Jews and their Israeli brothers and sisters are on rapidly diverging paths. Israeli Jews, study after study shows, by overwhelming margins identify their nationality as Jewish, with Israeli being a kind of a civic rider on top of that fundamental Jewish identity. This is true for both the most and the least observant Israeli Jews. In other words, for Israelis being Jewish is primarily belonging to an ethnic group, a NATION. As canonized in the newly passed Nationality Law, Jews are a nation and the State of Israel is uniquely the homeland of the Jewish nation.

The vast majority of American Jews, Israeli expatriates excluded, abhor this definition and more than anything else, are deathly afraid of it. They are afraid of it precisely because in their minds it PROVOKES the kind of attacks that happened in Pittsburgh and because they are very conscious of being branded with the hot iron of “dual loyalty” in the mold of Jonathan Pollard, and American Jew who is considered a hero by most Israelis for choosing his loyalty to his real nation, the Jewish nation, over his loyalty to his diaspora home, the United States of America.

Many Jewish Trump supporters, when confronted with the rabidly anti-Trumpian sentiment of their fellow American Jews, offer Trump’s unflinching and unprecedented support of Israel as the sine qua non proof of his sympathy for the Jewish people and for Jewish causes. What they, alas, fail to take into account is that Israel, a nation-state, a nationalist state, a state unapologetic about excluding non-Jews from a number of important benefits such as immigration, is considered by many if not most American Jews alive today as a dangerous anachronism that is more likely to provoke a new Holocaust than stop one from happening. Gone are the generations of American Jews who were staunch supporters of Israel. The Trump-Netanyahu duo is as immensely popular on the streets of Israel as it is despised on the Upper West Side, and yes, in parts of Squirrel Hill.

People who, as Diaspora Jews do, choose to live in fear, people who consider the avoidance of conflict as the only viable route to survival can have little in common with Israeli Jews who choose, every single day, to fight for their survival gun in hand. 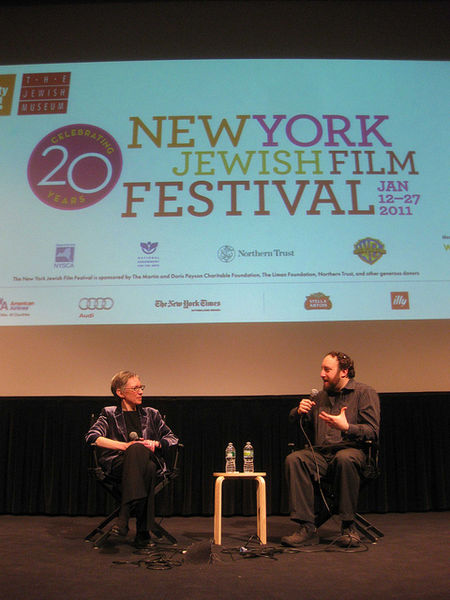 There is nothing in common between Trump and Bowers, except this one thing: both view Jews as a nation among nations. Trump loves it. Bower hates it just as much. Both are repugnant to those who, like the progressive Jews, reject the idea of Jewish nationality and choose to reduce three millennia of heroic struggle for independence to a few clichés about “peace” and “equality” mumbled, sotto voce, by so called “rabbis” from the pulpits of conservative and reformed “temples”.

No, Trump will not be fully embraced any time soon in Squirrel Hill, he will likely not be asked to re-dedicate the Tree of Life synagogue after the terrible tragedy, but he can move at any time to the home of real Jews, the State of Israel. A welcome the likes of which no Gentile has ever seen is sure to be his.

Woke Lindsey Graham Is Right, The Democratic Party Is Nothing But Organized Crime On A Massive Level