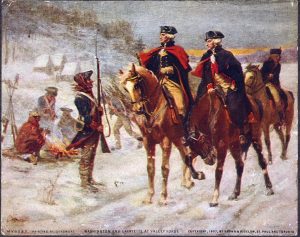 It is an oft-repeated truism that progressivism (socialism) endeavors to equalize outcomes in society, while traditionalism (capitalism) seeks to equalize opportunities. In the light of current world events it is worth reevaluating this truism and specifically insofar as it pertains to the phenomena of Trump. At the outset, it is important to explicitly state that both progressive and the traditional societies allow for the existence of supra-societal political and technocratic elites. These elites have different names of course, but essentially they are the same and serve the same purpose. In the USSR, these elites consisted of the communist party nomenklatura and the top engineering and scientific talent. In America today, we talk of the Deep State, Silicon Valley entrepreneurs, academia, and top technical talent at Google and Amazon with their stock options. In Europe, China, Japan, Russia, and Israel, similar elites exist and it is those elites that wield the real power in their respective countries.

These elites were known to and hated by the Framers of the American Constitution. The elites of their day were overweight with hereditary nobility, which led them to believe that the absolute negation of the existence of such inherently privileged class of people in America would solve the problem. Interestingly, the scientific foundations of the soon to follow industrial revolution were already being laid at the time of the framing of the Constitution, but the transformational effects of these mathematical formulae were as yet hidden from view. In any case, the technological explosion of mid-19th century necessitated a transfer of power from the states to the federal government, while at the same time creating a permanent technocratic class in the US. Thus the modern American elites were born and the Constitution diminished. 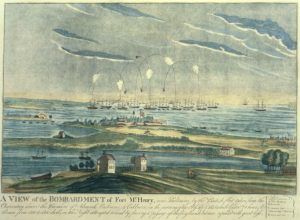 We will return to the topic of the elites in later paragraphs, but for now let’s address the very different fates of the regular citizens in progressive and traditional societies. Progressive dogma seeks to homogenize the outcomes, meaning the actual standard of living, the actual experience of living for all non-elite members of society. Since human beings vary widely in their physical and cognitive abilities, levels of motivation, and perception of what constitutes a desired outcome, this goal is difficult to achieve. In Karl Marxian class-static societies built upon the twin foundations of farmers and factory workers, outcome equalization mechanisms can also be static, managed by the elites in the form of five-year plans. These were the Soviet and early Chinese models of socialism. The achievement of complete homogenization of non-elite outcomes was the elusive state of communism, a state of utopia sought by the Russian and Chinese communist parties, which periodically issued amusingly precise forecasts as to when this state of bliss would be achieved.

The ever increasing pace of technological innovation and the penetration of technology into every segment of society created an increasingly dynamic environment in which classic Marxist homogenization mechanisms could no longer be even partially successful. As a result, classically Marxist societies ceased to exist; China, the biggest of these, transitioned to its traditional mode of free market meritocratic oligarchy, paying less than passing lip service to outcome equality. The USSR, its foundational ideology incapable of delivering even the minimal standards of living in the modern era, collapsed and broke into pieces with all of its constituent parts abandoning the idea of outcome equality and adopting various forms of free market capitalism.

In a possibly less well-known development, Israel experienced a fate similar to other Marxist countries. Prior to the late 1980’s Israel’s governing ethos was one of socialist outcome equality, the Kibbutz, a purely Zionist invention, serving as the forward marker, an ideal of sorts, for a society in which non-elite outcomes are completely homogenized. However, Israel was not immune to the technologically induced dynamism of the information revolution. By the early 1980’s Israel’s economy began to dangerously falter. Soaring inflation hurt primarily the most vulnerable segments of society and considering the necessity for enormous defense expenditures, outcome equality became impossible to maintain. Israel was well on the road to becoming Maduro’s Venezuela, but instead of pursuing this path to self-destruction it jumped off the progressive bandwagon and sharply reformed its political system to that of a (mostly) free market. Startup Nation, with all the warts of extreme income inequality was the result. GDP soared and with it the standard of living for most (though unfortunately not all) citizens. 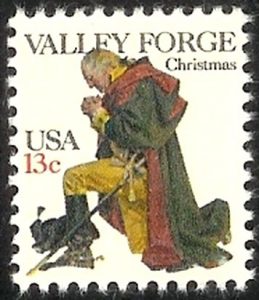 Today, it is only Western Europe that is clinging to the progressive ideals. Since it is not immune to the same trends that made outcome equality impossible to achieve elsewhere, Western Europe adopted a number of mechanisms to enforce this dogma on its societies. First came a significant expansion of the elites; these now included not only the bureaucrats, the academia, and top scientific personnel, but also the hundreds of thousands of engineers working in such semi-government organizations as Airbus. These people receive guaranteed salaries and benefits not only for their working years, but well beyond and into retirement, making them immune to the vagaries of non-elite life. Second came an attempt at social engineering designed to homogenize outcomes by homogenizing the non-elite humans that generate these outcomes. This thinking is at the root of the progressive assault on such commonsense and even biological boundaries as sex, IQ, and motivation levels. Syphoning off, as early as elementary school, high-IQ and high-motivation individuals to be trained in private schools and universities to become part of the elites, Western Europe hopes that the remaining pool of human “raw material” can be homogenized to a degree that would guarantee a situation wherein no matter how fast spins the centrifuge of life, it will not be able to de-homogenize the human mixture that the elites pour into it.

The mass migration from primarily Muslim countries recently engineered by the Western European elites can be thought of as the addition of a chemical catalyst to the homogenization reaction of the non-elite human raw material in Western Europe. Since most Eurocrats have technical educations, I suspect that they think of this in exactly these terms. The addition of people used to lower standards of living and having radically different cultural and religious baggage serves to weaken the natural resistance culturally secure individuals may have towards being homogenized. The elites must have predicted the “side effects” of this policy in the form of the rise of the so called “far-right” (in reality simply traditionalist) parties like the French Front National and German AfD (Alternative for Germany), but their bet that these side effects could be marginalized and isolated at the ballot box seems to be (so far) borne out by events.

The newest and biggest progressive project is, of course, the attempted progressive takeover of America. This project was well underway with eight full years of the died in the wool progressive president Obama, who managed to put in place a delayed-action IED (improvised explosive device) designed to simultaneously blow up the existing system of healthcare delivery in America and make its replacement with a homogenized (for non-elites) universal healthcare system unavoidable. Such a healthcare system is a cornerstone of any progressive society and must be in place before further progressive agenda items can be realized. It is hardly worth mentioning that since the Constitution is at its core an indictment of progressivism as the highest level of tyranny (or “charter of negative liberties”, as Obama called it), the success of the progressive project in America would delegate the American Constitution to the wastebasket of history where all other constitutions reside.

American progressives are employing the same toolkit that was pioneered by their European counterparts, expanding the elites to include all full-time employees of companies such as Google and Amazon, effacing boundaries between sexes, attacking Christianity as the bulwark of American cultural identity, and inviting unchecked migration from poor countries. The degree of success that was achieved by the deployment of these weapons however, proved to be markedly different in America than in Europe. The American immune system, those antibodies planted so long ago by those Old White Men, seems to have belatedly sprung into action. The American nationalist traditionalist movement, unlike its Western European counterparts, did not find itself with one or two seats in the nosebleed section of Congress, but in the Oval Office.

Greg Guttfeld of the Fox News Channel often says that Trump is the least ideological of US presidents. Nothing could be further from the truth. Trump is an extremely ideological president, but one whose ideology does not align with the Republican/Democrat paradigm though which Mr. Guttfeld is so accustomed to perform his analyses. Trump’s ideology is the nationalist/individualist ideology of the Founding Fathers, not seen in America since the onset of the industrial revolution. This ideology is the antidote to the poison that is the progressive dogma that has now completely taken over the Democratic Party and as made evident by the recent NFL “scandal”, Trump is not shying away from the ideological battlefield. Had Trump been the result-oriented pragmatist that Mr. Guttfeld is making him out to be, what possible motive could he have for commenting on the NFL player “protest”? No, Trump’s actions are those of an ideologue, a fearless champion of the America of old in which people of all stripes, of all levels of ability and motivation enter a level playing field, a field extraordinarily rich with opportunity and emerge with a nearly infinite variety of outcomes, some bad, but most good and most importantly all earned by the blood, sweat, and tears of individual Americans.

The Hi-Tech Traditionalist: Radical Politicization Of The Judiciary – The Establishment’s Last Stand…Trump And Netanyahu Don’t Stand A Chance In Globalist Kangaroo Courts, Must Take The Fight To The People

Why Stay In A Nuclear Treaty The Other Side Ignores?