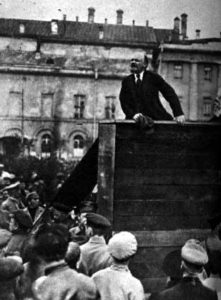 Lenin’s big insight into revolutions was a simple one: a true revolution fundamentally transforms the very nature of society, dislodging entire strata of population, sinking some to the bottom and floating others to the top. The counter-example to his insight was the French revolution. Murdering the king and his family, the French revolutionaries engaged in a few years of murdering each other. However, even during the infamous “reign of terror” nothing changed in the French society as a whole; the nobility dispersed from Versailles to their ancestral country estates, the rich monasteries remained rich and the poor peasants remained poor. After only a few decades, monarchy was restored. Today we are working on the fifth French republic and the descendants of rich landowners from the 1780’s are still rich.

The almost contemporary American revolution was in fact a counter-revolution. All people like the founding Fathers wanted was for things to be like they were for them before, which is how they are now in Canada; the British monarch adorns the currency and not much else. But the emergence of late 18th century Britain as a more traditional empire that treats is colonial subjects as sources of revenue rather than as loyal subjects of the monarch meant that the status quo was broken and their way of life was no more. The American Revolutionary War was a struggle for the restoration of the rights of the American colonists, and in post-revolutionary independent America life was no different (at least for a while) than in pre-revolutionary times. 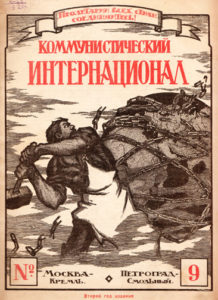 Lenin and his Bolsheviks were not going to be content with taking the place of the Tsar and his cabinet at the top of the Russian Empire; they were after something never before achieved in a major power – the fundamental and permanent transformation of Russian society. Finding themselves in charge of one sixth of the global landmass and over 150 million people, the Bolsheviks created a new class of people never before heard of. The called it “byvshiye liudi”, or “former people”. Having any sort of agency in the “ancien regime” got one an automatic membership in the former people club. And membership had all kinds of anti-privileges. People who were doctors, engineers, bankers, lawyers, government officials, tens of millions of them, became walking corpses: they could no longer hold jobs, possess documentation necessary for internal travel (traveling abroad was of course impossible), access healthcare services, and much more.

Having deprived the “former people” from any chance of leading even a shadow of their formal existence, the Bolsheviks were far from content; the utter decimation of this social stratum required further action. First came the official vilification by government media. Former people were denounced as “wreckers”, “saboteurs”, capitalist agents, and blamed for every ill (of which there were many) that befell the Soviet state. Next came the baskets. In one basket were the “irredeemables”, those who were singled out for actual physical annihilation after all traces of energy could be extracted from them in the Gulag labor camps. All of the nobility, clergy, and high office holders in the Imperial government were in this category and thus doomed. The horrible ordeal of these people is recounted in the wonderful book “Former People: The Final Days of the Russian Aristocracy” by Douglas Smith. None survived the fourth decade of the 20th century. The other basket contained those that could be allowed to eke out a meager existence and whose progeny could be rehabilitated (redeemed) via a rigorous process of government indoctrination in the Young Pioneer and Comsomol movement. Needless to say, none of these redeemables or even their progeny could join the Party or start climbing back up along the social ladder, but they were allowed to live; always in fear, always on the edge of starvation, but live. In the end Lenin was completely successful: not a single person who had any kind of agency in the Russian Empire has descendants who enjoy the same privileges in the Russia of today. The once proud and very numerous Russian nobility consists of a few dozen folks quietly living in London and working in the City. 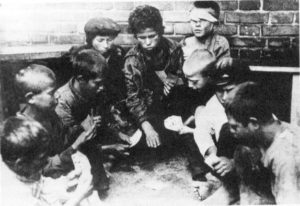 The question is often asked how can a large and at least partially developed country like Russia survive the total annihilation of its intelligentsia and professional classes. The answer is very simple. Lenin famously coined the phrase “the worst it is the better it will be”. He was talking precisely about the precipitous collapse of the Russian economy in the 1920’s following the wholesale attack on the pre-revolutionary elites. By the mid-20’s the collapse was so precipitous, that the Bolsheviks risked mass starvation and insurrection. The subsequent “thaw’ named “new economic policy” or NEP, allowed the opening of small privately owned businesses, many of them shops in which former people could sell their family heirlooms for a pittance. After only a couple of years, capitalism worked its magic and the Russian economy rebounded; shops and restaurants were again open in city streets only to be brutally suppressed by Stalin’s end of NEP at the close of the decade followed by the brutal purges of the 1930, many of them directed against the basket of the irredeemables who perished in their millions.

One cannot but feel that Obama’s promised “fundamental transformation of America”, which has now found its culmination in Hillary’s “basket of irredeemable deplorables” is tacking closely to the playbook pioneered all these years ago by Lenin and his merry men. There are already mechanisms in place in the US that make it highly unlikely that any deplorables will access government employment or get a place in the top universities. The main source of income for the deplorables are the heavy manufacturing and resource exploitation sectors, which makes one wonder whether the total war declared on them by the US government under Obama’s administration, is not purposefully designed to eliminate the deplorables just as the decimation of the bison herds in the 1880’s was designed to bring to heel the Native American tribes in the Great Planes. 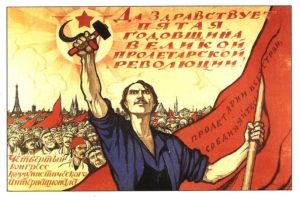 Obama’s rather permissive oil & gas drilling policy allowing the US to increase its domestic oil production encountered surprisingly little opposition from the environmental circles. Was it because they understood it to be the NEP of Obama’s fundamental transformation? Exponentially increasing the government payroll by hiring the “new people” of America while at the same time simultaneously and exponentially increasing all welfare programs could not be achieved only via doubling the national debt, an uptick in tax receipts was also needed. But like the original NEP, Obama’s drilling is sure to come to a quick end.

So who are the “former people” of the USA? They are people who have a sense of belonging to a non-virtual community such as the Italian American community on Jersey Shore or a traditional church. They tend to live where their forebears first settled. They have a set of values that is not defined by opposition to other people’s values. They think of America as first and foremost a super-community comprising of tightly knit traditional communities just like theirs. There is no room for these folks in the Globalist world; it only remains to be seen if they willingly follow their Russian predecessors into oblivion.