The reason the Old Testament of the Bible, or the Tora-Prophets-Writings (Tanach) as the Jews call it is, by far and away the most loved, the most hated, and the most read book of all times is that its tales, historiography, treatises on morals and ethics known as prophesies, and philosophical musings ring so true. They quite simply capture, in a fairly small tome, everything that is quintessentially true about the human race. Those who love the Tanach and those who hate it alike, do so for the same exact reason; it tells the truth. The difference between these two groups is rather telling: lovers of the Bible accept the world as it is, a beautiful and perfect gift from God whose perfection we humans, with all our failures, must strive to maintain. The haters? Well, they think they know better than Him; they reject the Bible because it tells the truth about the world, a truth which they are unwilling to accept. In their arrogance, their hubris, they believe that they, in fact a he or a she, a single human being in the mold of Marx, or Lenin, or Pol Pot, or Obama, could have done a better job, could have created a more perfect world. And it’s never too late for them to try. Sometimes these haters, through the failure of vigilance or the sin of apathy on the part of the rest of us, come to power. The result is invariably a mass extinction event.

One of the earliest and most foundational stories in the Torah is Cain’s murder by his brother Abel. At the first glance, this story defies belief. Even if one expands the literal reading of the story and reads the word “brothers” not as blood relations, but as simply belonging to the same species, the murder of one human being by another when they are the only two humans alive, or even when the world is simply very sparsely populated, is hard to fathom. Shouldn’t they rejoice in each other’s company? Except that as any anthropologist working with recently contacted tribes in the Amazonian basin will tell you, it is the Torah that tell the truth about the human condition, not your squishy “gut feeling”, no matter what letters are attached to your name. In the jungle, when a human male from Band A encounters a human male from Band B, they immediately try to murder each other. Just like Cain and Abel. But why? Are the psychopaths? Horrible human beings? Not at all. This behavior simply makes perfect evolutionary Darwinian sense. In a low-resource environment, and the jungle, with all its lushness, is a veritable food desert as far as human sustenance is concerned, life is a zero sum game. Less for them means more for you. Whoever prevails in the duel will have access to more resources; better nutrition, better land on which to build shelters, more females of childbearing age. His genes will survive, the other guy’s won’t. 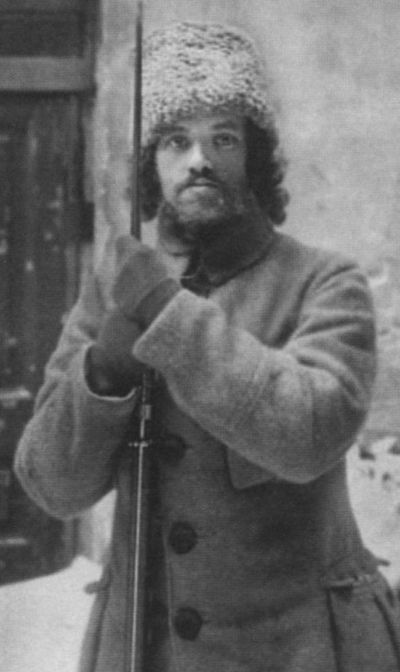 But, as both the Tanach and history teach us, successful bands of humans soon become VERY successful. They organize labor, they build irrigation canals, they produce an abundance of sustenance that allows those who are so inclined to sit and do nothing but think, which leads to better shelters, more food, and better common defense. Through their efforts, scarcity gives way to prosperity. Viciousness in the literal sense, does not comport well with an abundance of resources. The stranger you meet in a corporate boardroom may prove to be an asset as much as a hindrance. Perhaps slaying him or her, even in the figurative sense, is not the best strategy; your literal lunch is guaranteed whichever course of action you may eventually choose.

The Tanach teaches us, shows us in fact, throughout its pages and in this the New Testament is its direct continuation, that we humans are capable of the utmost viciousness, the utmost acts of depravity, but also of infinite kindness and compassion. Those among us who are blessed with unusual goodness are capable of kindness to all, even when they themselves have nothing. Most of us, by necessity, are not like that. Had the majority of the human race possessed the selflessness of Mother Theresa, we would have long since gone extinct. Survival depends on willingness to protect your own, even at the expense of others. Most of us PREFER to be nice as long as it’s no skin off our backs, as long as we can afford it, as long, that is, as conditions of prosperity prevail. Prosperous societies, societies that live in conditions of plenty, of full employment, of reasonable taxation, of low prices for goods and services are invariably high-trust societies. Some of you may say “when we were young we were poor, but nobody locked their doors”. Let me break it to you, you were not poor. You were among the most affluent people on the planet. You had clothes to wear and food to eat and your family likely owned at least one vehicle. You had no money for luxuries, that’s true, but not being able to buy that model train your son always wanted for Christmas hardly makes one into a hard-bitten warrior ready for anything. Not being able to put food on the table, literally, well, that’s another matter.

One of the least reported and least understood side-effects of Marxism, communism, Bolshevism, or whatever other names this murderous ideology goes by, is the sheer viciousness it inevitably brings about among the populations that are so unlucky as to be subjected to it. The language that was in daily use in Soviet print and broadcast media, especially in the pre-WWII period is difficult to translate for modern-day readers who are not familiar with the Russian language. Not only in the media, but in factories and in offices, even in people’s homes, the most vile, vicious, and dehumanizing terminology was used as a matter of daily discourse. People were often called “dogs”, and “pigs”, and “bloodsuckers” to their very faces, in public, by their bosses, their coworkers, their subordinates, their spouses, their children, and their parents. 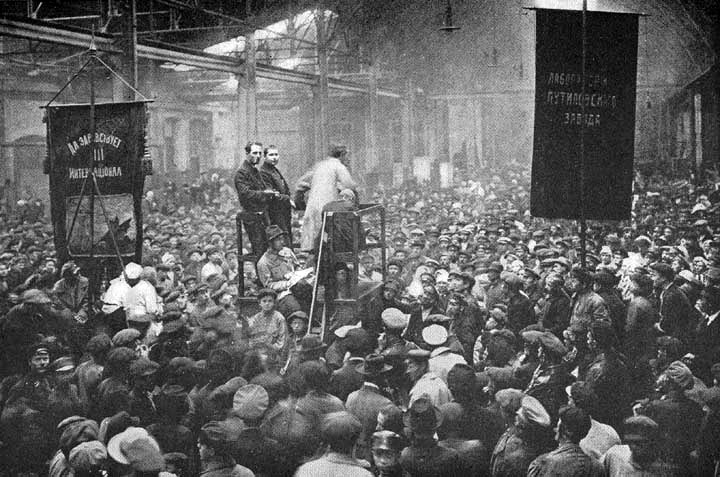 The stain that was left on the psyche of the Russian people and the Russian language, once one of the most divinely inspired languages of the human race, is indelible. Russians, Russia, will never again be the shining light of high culture it was before it was so utterly destroyed by the Bolsheviks. Viciousness and brutality, verbal or otherwise, can only develop and thrive when scarcity of resources leads to lawlessness. Prior to October 1917, to the very day before the Bolshevik coup, Russia was about as prosperous and lawful as the United States. Just like in America, Russia had its Hamptons and its Mississippi Delta, its East Coast-like areas of established lawfulness, and its Wild West-like areas of frontier lawlessness. Most of Russia’s population, like its American counterpart, lived in conditions of relative lawful prosperity, hard-won by the labor and sacrifice of many generations.

By October of 1919, this was no longer the case. The Bolshevik coup, the Civil War brought about by their unlawful power grab, the reckless economic experimentation that followed their taking the reins of power, the incredibly reckless extermination by the Bolsheviks of the professional classes, all led to Russia and its satellites reverting to a landscape of lawless scarcity, recreating the conditions that require normal human beings to constantly be at each other’s throats. Life in Russia became, irrevocably and to this very day, a struggle for survival, a zero-sum game. This was NOT a failure on the part of the Bolsheviks; not at all. They were not “well-intention though misguided”. They were a group of nihilists and aggrieved minorities (Jews, Georgians), who HATED Russia and set out to intentionally destroy it, or, as Obama would say, to fundamentally remake it. In that endeavor, they mere an unprecedented success. 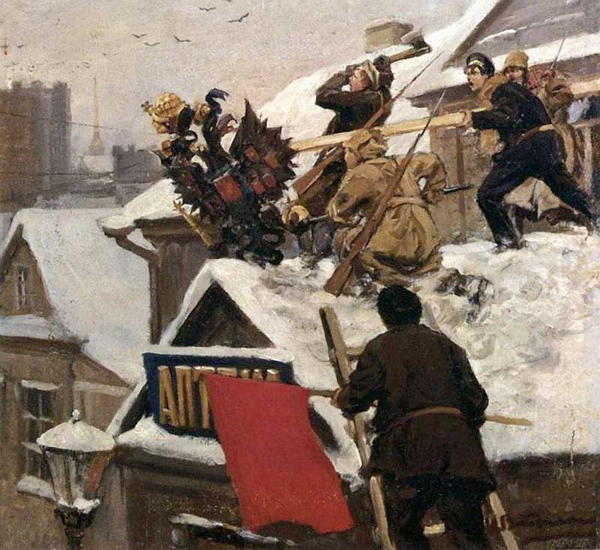 Humans’ most powerful weapons and at once the best leading indicators for impending collapse are words. The word that presaged Russia’s descent from lawfulness to lawlessness, from prosperity to scarcity, from decorous debates to screaming and yelling, was a verb. The most dangerous verb in any language: denounce. In lawful societies, denouncing is an incomprehensible concept. Due process does not accept “denouncing”; it accepts complaints made by plaintiffs to legally constituted authorities, following a pre-described process. These complaints are then investigated and if found credible, are brought to trial in which a judge who is in no way a part of the investigative authority ensures a level playing field on which the plaintiff’s allegations can be tried in front of an impartial jury by skilled prosecutors and defenders. At each step in the process decorum prevails. No name-calling or screaming are involved. Justice is served, imperfectly, but sufficiently well that most people are willing to participate in the process rather than take the law into their own hands.

Denunciation is the diametric opposite of lawfulness. It involves allegations that are brought into the public square following no rules of due process. There is no habeas corpus, no right to face your accuser, no penalties for knowingly making a wrongful accusation and thus ruining someone’s entire life for the personal gain of the accuser or those who back them. Denunciation is the rule of the mob. It is the harbinger of the end of civilization. It is the knell of doom. It is the alien breaking out of the ribcage of civilized discourse, teeth gnashing, snarling, and deadly.

This alien, this specter of Cain, this harbinger of doom is now being birthed in America by the very people who are sworn to protect the American Constitution, the one document that more than any other before it or since enshrines the benefits of lawfulness and decorum and, recognizing the atavistic element in human nature that forever wants to slay thy neighbor, attempts to keep it at bay. These midwifes of the apocalypse, the Feinsteins and the Schumers and all of their Democratic colleagues in the Senate; these so-called “legislators”, are in a mad rush to constitute in America, for the first time ever, mob trials in which wild accusations are made for personal and political gain with complete disregard for the rule of law and complete immunity for the accusers and their enablers. 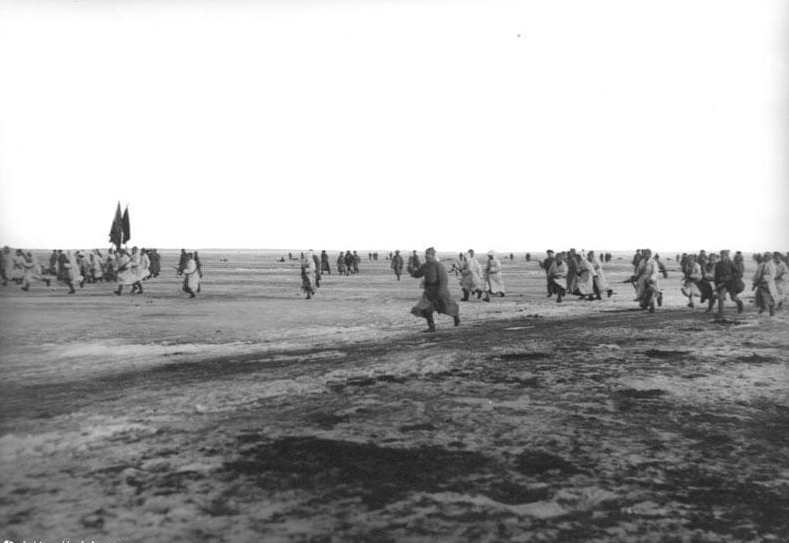 Civilized prosperity is only a thin veneer on a foundation of starvation, turmoil, and endless war. American elites in all branches of government, business, academia, media, and culture have been busy for quite a few decades now scratching off this veneer, hoping to find under it some hitherto hidden utopia or simply another dollar. In doing so, they are going to unleash a vortex that will erase, in a matter of a few years, everything we and our forefathers fought so hard to build. America is at a knife’s edge. If a Bolshevik-style mob trial of Judge Kavanaugh based on a politically motivated denunciation succeeds in derailing his nomination to the Supreme Court, all may be lost. God help us.

Turkey Hasn’t Been A U.S. Ally For Some Time