Shush (Susa) is an ancient city in Iran, filled with amazing beauty, mystery, and history. This ancient city dates back to approximately 4000 B.C., and is located in the Province of Khuzestan. The city has been under the reign of Babylonian, Persian and Greek Empires.

It is widely believed that the first distinct people to emerge on the Iranian Plateau were the Elamites, who established a city at Shush.
Nevertheless, the economy under the rule of the Mullahs in Shush has deteriorated. Corruption, inflation, and repression are now the norm in Shush.

Gaza: Prelude To A Non-War Shakes Up Israeli Politics And Leads Hamas To Think ‘It Won’

According to the reports, Workers of the Haft Tappeh Sugarcane factory who have been protesting for 13 days gathered in front of the governor’s office in Shush (the Oldest City in Khuzestan Province – Iran).

The protesting workers of Sugar Cane Mill carry a coffin symbolizing the demise of the factory in protest and then took their protest to the city chanting “Do not be afraid, we are all together!”, “Neither threat nor prison is effective anymore!”, “Today is the day of mourning, the life of the worker is up in the air today”, “One less embezzlement, our problem is solved”. The people of the city of Shush supported their demands by joining the protest rally .

The protesters held a funeral for the company; they raised symbolically a coffin, portraying the Haft Tappeh sugar mill company as being nothing but a dead corpse. Then some workers gave speeches for the crowd in front of the main mosque of the city. In their speeches, the workers protested the hollow promises and the indifference of the regime’s authorities to their plights. Finally, they entered the mosque where the local mullah, representing Iranian Regime Supreme Leader Ali Khamenei – was delivering his weekly remarks during the Friday prayer farce held in each city, town, and village.

They interrupted the Friday prayer and the Imam’s speech by chanting “Today is a day of grievance”. “They chant for Imam Hossein, but pride themselves in thieving,” (meaning that the Iranian government is taking advantage of the third Shia Imam, which is a tenet of the Shia faith, cynically for its own profit).

The workers then rallied in the city and their representative said the workers would be rallying again on Saturday along with their family members.
“Tomorrow all schools will be closed and we, with our wives and children, along with their backpacks and books, we will all be gathering right here,” he said as the crowd responded with applauds and appreciation. 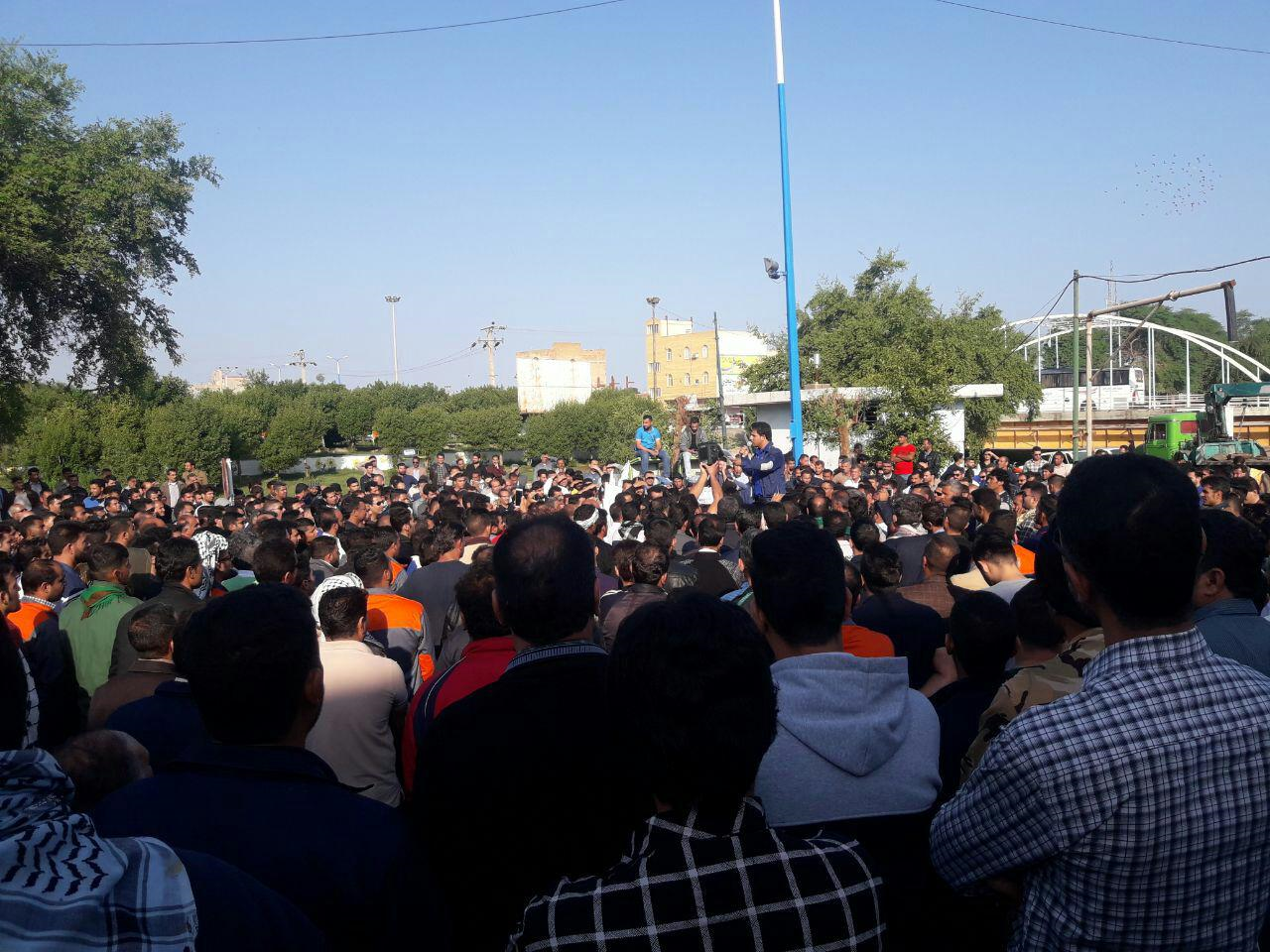 This was not the first strike of the workers they have been out on strike several times over the past 18 months.

The anti-riot forces on August 19, attacked a protest strike held by around 500 Haft Tappeh Sugar Cane Company workers in Khuzestan Province, southwest Iran, injuring the workers and arresting a number of the protesters. 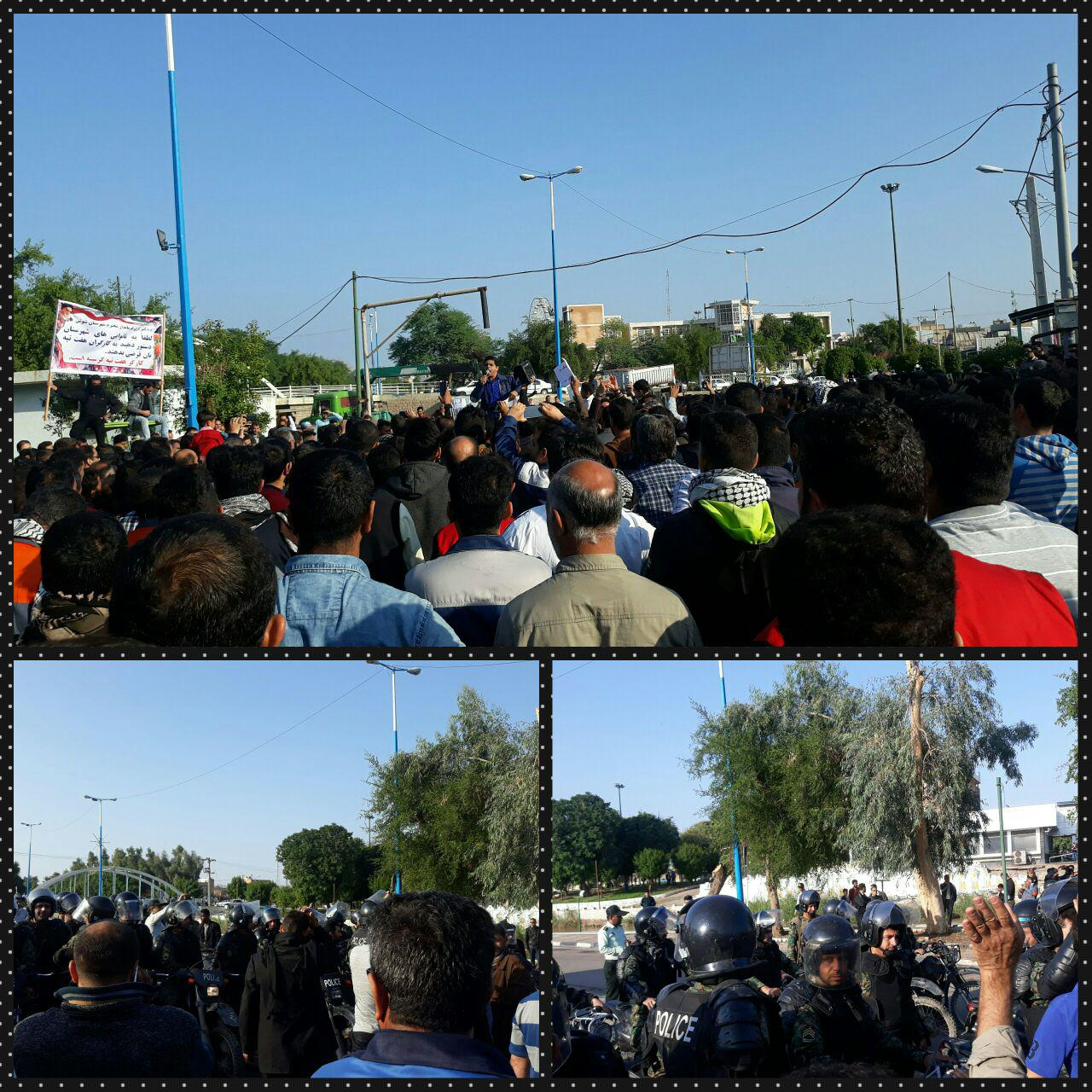 The anti-riot forces even used pepper spray in their attack against the protesting workers rallying outside the company director’s office. One of the injured workers again tried to commit suicide. Five of the protesters were arrested and transferred to a nearby courthouse.

Mrs. Maryam Rajavi wrote in her tweet: Hail to the workers of Haft Tappeh Sugarcane Factory who have risen against oppression with chants of, “Threats, jail, are no longer effective.” Crying out, “We are hungry,” they call on every free human being to rise up against the mullahs’ corrupt regime.

According to the latest report, 16 of workers have been arrested. Below are two of the individuals who were detained and are in extreme danger. 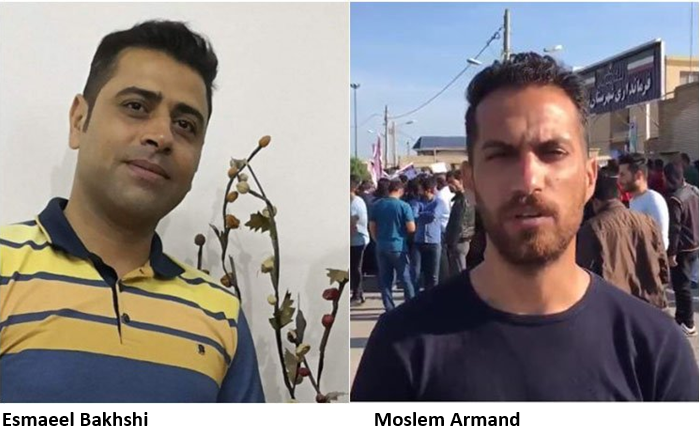 Statement From President-Elect Of National Council Of Resistance Of Iran, Maryam Rajavi