The initial November 12 barrage from Gaza

After launching 400 rockets at Israel, Hamas decided that it wanted to send a message to Jerusalem. It put out a warning that any “excessive aggression” by Israel would result in more rockets being fired at targets deep inside Israel. It would “increase the depth,” of the fire.

Israel also put out warnings throughout the 24 hours of conflict. It warned Hamas and Gazans to evacuate Al-Aqsa TV, before Israel struck the building. In fact it seemed that in the 160 targets that the IDF claimed to have struck in Gaza, very few people were killed.

The strange, short, conflict looked like it might become a war. But instead a ceasefire took place on Tuesday afternoon, after a day of more rocket fire. Overall Hamas had fired 460 rockets at Israel, which is more than in any other 24-hour period. Yet Israel did not respond as it has in the past. The same volume of fire might have set in motion another operation like Cast-Lead of Pillar of Defense, Summer Rains or Protective Edge. But instead the government was clear. After a seven hour security cabinet meeting, the decision was for more quiet.

So what happened? On November 11 an IDF team that was in Gaza near Khan Yunis got in a firefight. A senior Hamas commander named Nur Baraka was killed during an incident that is still unclear. A high ranking Israeli officer, Lieutenant-Colonel M., was killed. So sensitive was his death that his name was not released. However the IDF insisted the clash was not the result of a raid to kidnap or assassinate a Hamas member but was the result of a complex situation that developed from a more routine operation. The unit had to be extracted, air strikes took place and a half dozen Palestinians were killed. Gaza was on a knife edge of greater conflict with Israel. At dusk on November 12 the rocket fire began.

The volume of fire was like nothing before. But Israel was hesitant to respond. Earlier in the day there had been some movement to reinforce the border in case of tensions. But the feeling in Israel was not one of a war footing. This is a complex feeling to describe, but anyone who has lived through numerous wars and other operations in Israel knows that there is a kind of choreograph series of events that take place as war hype sets in. This involves media and constant talk on radio and other types of conscious and subconscious preparations.

The government didn’t want war. For six months there have been serious clashes between Israel and Gaza. This has involved the “Great March of Return.” More than 200 Palestinians were killed in 33 weeks of riots on the border, many of them on Fridays. There were also rounds of rocket fire, on March 25, May 29, July 14, July 18, August 9, and October 11 and October 27. The rocket fire on October 27 was caused by Iran’s prodding of Palestinian Islamic Jihad. The rocket fire was often met by rounds of air strikes, some of which were the largest air strikes since the 2014 war. On . May 29 and July 14 the raids were the largest since 2014. Then on November 12 another large response took place.

Each round seemed to have its same script. Hamas or PIJ or both would fire rockets. Israel would respond. Then there would be a ceasefire. As I wrote in July, August and October there were many agendas in Gaza, foremost among them the Qatar angle. Egypt has been seeking quiet in Gaza. The Palestinian Authority has been pressuring and sanctioning Hamas. The US has been talking tough on Hamas. Hamas has actually thanked the international community for pressuring Israel to come to a ceasefire on November 13.

If Hamas wants a ceasefire, what was the point of the massive rocket barrage? An article at Ynet suggested Hamas was trying to challenge or test the Iron Dome system. Hamas also used a Kornet anti-tank missile to strike a bus. That was a serious escalation. Had a large number of soldiers been killed it would have been difficult, if not impossible, for Israel’s government to avoid war. On the radio on November 14 one commentator suggested Hamas had purposely made sure soldiers exited before firing on the bus. But others disagreed. The rockets could also have been more deadly. They struck several homes in Ashkelon, killing a man and wounding almost fifty throughout the south.

Hamas celebrated the “victory” in Gaza on November 13 with parties and chants. This is one of the view “victories” it has had. In fact after 12 years of governing Gaza it has largely failed. It knows this. But it wants to show it can bring investment from Qatar, as it did on November 10, and also show it can challenge Israel and then get a ceasefire. 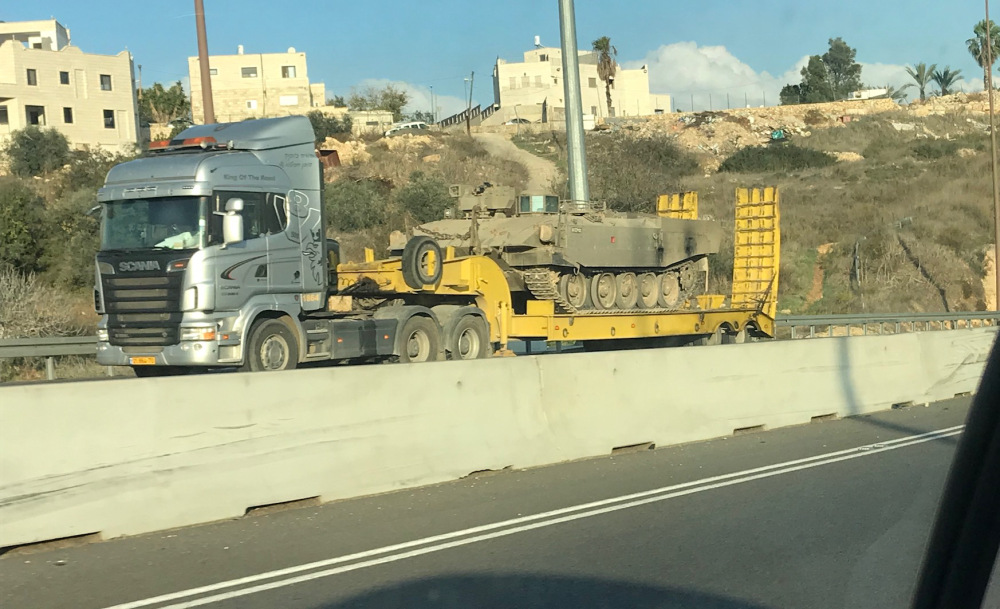 The 24 hour conflict has thrown Israel’s government into chaos. Defense Minister Avigdor Liberman resigned on Wednesday over the ceasefire deal. Israelis are angry, some protested in Sderot with burning tires. The opposition, including Yair Lapid, wants to pressure the government over this. Many people are calling for a “tough blow” for Hamas. But now the war has shifted to the political arena. The war over the war has begun. Hamas has also caused Israel to wonder how the Kornet missile attack took place. additional questions will also be asked by the raid on Khan Yunis.

The whole conflict with Hamas raises several questions. What does Israel want. The current Israeli government doesn’t want a war. it has made this clear. Netanyahu has already managed several wars with Gaza, now he wants to manage the conflict. He is cautious. He wants to manage Gaza as Israel manages the West Bank. That means the status quo. It also means the Palestinians remain divided. This is not Israel’s fault, they are divided anyway because Hamas and Fatah cannot reconcile. In some ways Mahmud Abbas has been tougher on Gaza than Israel. Fatah members don’t want Israel to sign a separate deal with Gaza and bypass the Palestinian Authority. As the PA has cut off discussions with the US over the embassy move, it means the PA is unwilling to deal with Israel or the US. As such no one will create a reconciliation with Gaza. An attempt at one was scuppered by March 2018 because of the assassination attempt on Rami Hamdallah’s visit to Gaza in March.

Have Hamas isolated in Gaza makes the organization less dangerous than if it were part of the government in Ramallah and its activists able to continue planning attack as an “opposition” or “resistance” group. At the same time Hamas has no real plan for Gaza’s future. But does Israel have a strategic plan? No. Neither side does, the only thing they can agree on is the ceasefire.

One of the problems with the conflict, and “managing” it is that both Hamas and Israel seem to know how the future will play out. Neither wants war. But neither wants peace or any other change either. This presents a problem because it mans that one miscalculation could lead to conflict. That Israel’s Defense Minister resigned over the recent ceasefire shows how Hamas can deeply impact Israel. It has more impact this way than using rockets. That has always been Israel’s problem. Israel can win the wars, but it can’t win the peace. It may in fact find dealing with Ramallah or Gaza more complex than the recent trips by Israeli government members to Oman or the UAE. As such Jerusalem doesn’t want to get “bogged down” in Gaza. Instead security threats are outsources to the defense technology sector, or in the West Bank to the security forces which prevented 250 attacks in 2018. Israel must weigh this method of “managing” with larger regional threats, such as Iran in Syria.

Netanyahu is extremely cautious when it comes to Gaza and the West Bank. He has been less cautious in dealing with the Iran threat. That has included hundreds of air strikes in Syria since 2011 and Israel carving out complex relations with Russia. That is where Netanyahu excels, not in Gaza.

Now Israel may go to elections, with Gaza hanging in the background. No one will present a long term strategy for Gaza, but the threats of a “strong blow” against Hamas will continue.