Israel Prime Minister Benjamin Netnayahu in Oman on October 25, Minister of Culture and Sport Miri Regev in the Grand Mosque of UAE on October 29

October 2018 looks set to represent one of the most important visible changes in Arab state relations with Israel since the 1990s. The two visits by Prime Minister Benjamin Netanyahu and Minister of Culture and Sport Miri Regev to Oman and UAE respectively are symbolic, and practically important at the same time. The visuals are important. Netanyahu visited Oman days after Palestinian Authority President Mahmud Abbas. Regev came to Abu Dhabi for a sports competition, but her increasingly public role there clearly indicates something larger.

Now the question is: What next? Because there is clearly a message, an opening, and thaw, but not yet a detente. The detente is behind the scenes, and has been rumored at or hinted at over the years. So the question is with Netanyahu’s administration which tends toward extreme pragmatism, what comes next? 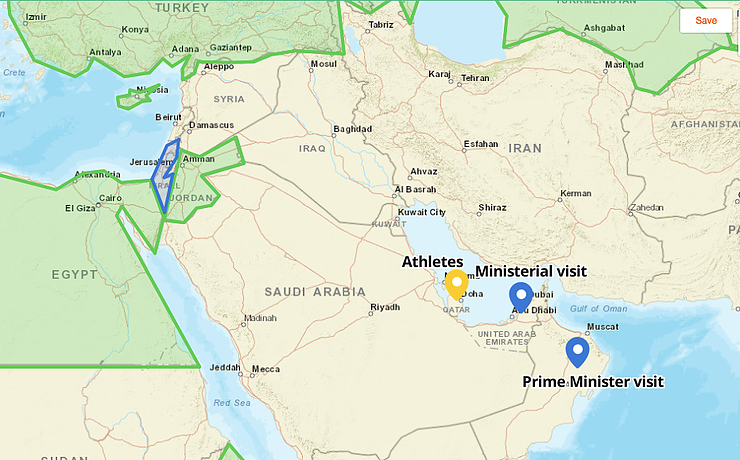 Two Gulf states have obviously put out a big hand, making a gesture. This likely does not come in a vacuum, UAE’s policies are closely tied to the GCC and particularly Riyadh and Bahrain. They have not clearly indicated what they expect from that gesture. In the past the general exchange had been “land for peace” in the 1980s and then it became “peace deal for peace”, in 2000s, that was the essence of the Saudi plan and The Arab Peace Initiative (Arabic: مبادرة السلام العربية ) of 2002.

Now, the remarks at the Manama Dialogue summit indicate differing views on Israel in the region and the Saudi view is still the tradition concept of two states in exchange for normalization. Adel al-Jubeir indicated this at Manama, while Jordan’s remarks discussed the importance of the two-state solution. Oman said it saw a possibility for a new era. But Israel’s position in the region faces other tests, foremost the Iran challenge, and the Turkey-Qatar challenge, and relations with Jordan.

Given the complexity of the region today in the #AfterISIS period, Israel’s concerns about Gaza, the potential ceasefire there, and the role of Qatar there, Egypt’s role; as well as Hezbollah; it’s not a simple equation.