Kurdish groups who oppose the Iranian regime have recently been involved in a number of clashes with the Iranian Islamic Revolutionary Guard Corps (IRGC). This uptick in political activity and also armed conflict in western Iran, has led to a variety of statements. We have collected them in one place, two of them are exclusive to The Middle East Center for Reporting and Analysis.

Iran’s Leadership Has No Solutions, And The People Know It 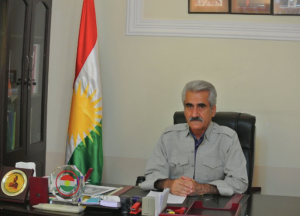 On August 15 Mustafa Hijri, the General Secretary of the Democratic Party of Iranian Kurdistan (PDKI), gave an interview that appeared on Kurdistan 24. We received a version of it.

“Even when the sanctions were lifted, the Iranian regime didn’t do anything for people in Iran. Therefore, negotiating a new nuclear deal with the West is a tangential factor in our struggle and we will continue this struggle based on our discernment and relying on our people. However, if Iran negotiates a new deal with USA, under the 12 conditions the US State Department numerated, then the Islamic Republic of Iran will be a different regime, a regime weaker internally and contained in the region. This will put us and all Iranian freedom seekers in a better situation to expand their activities and their struggle against the regime.” 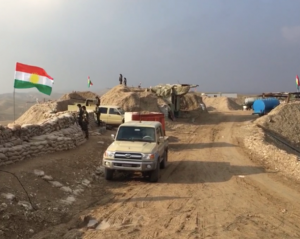 The Kurdistan Freedom Party (PAK) has also been active in opposing the IRGC. A PAK spokesman named Commander Ardalan Khosrawi provided the following answers to a list of questions.

Can you describe what is happening in Iran today?

What happens in Iran is a that there is a bad economy and standard of living conditions. The loss of power sovereignty are deepening. People have risen against the government and the regime’s response is to take no action other than suppression.

What are your current activities?

PAK has always been active outside and inside Iran. While still having front lines against ISIS Terrorists, the PAK Eagles currently take part in the encouraging the revolts in Iran intensely.
We heard the regime took two PAK prisoners? Can you comment?
We announced that two of our heroes were captured during their activities inside Iran. They were two Peshmarga who were trained during the ISIS fight. The incidents and revolts in Iran had one of our Peshmarga injured in the city of Bana [Baneh]. Due to blinding gases spread by the IRGC terrorists, they were caught on their way to rescue the injured Peshmarga. They are detained in a hidden[facility] and visit by their family is forbidden for them.

Will you work with the other Kurdish groups such as PJAK and PDKI?

As with cooperation with any Rojhalat [eastern Kurdistan] parties, we are ready to cooperate and join forces with joint command to protect our land.

Do you think the regime in Iran is increasing attacks on Kurds?

Has the PAK shifted operations to Iran?

As stated, our forces are still in Bashur [southern Kurdistan] to protect this part of Kurdistan. On the other hand, we have our forces inside Iran too that operate from a city to another.

What message do you have for the US and the West about Kurds in Iran?

Our message to the US and the West is to join us practically in freeing Rojhalat and free the Kurds of Iran from suppression.

Will Sanctions hurt the Tehran regime?

The sanctions that will damage Iran is the ban of oil exports and banning any oil trafficking. Iran has been influencing the region and the world due to oil revenues.

The ten recommendations were

1. Establishment of a common commission aimed at solving existing contradictions between the parties and political forces. Academics and intellectuals will have a leading role in the commission.

2. Establishment of a national and democratic council with the participation of representatives of political parties, independent personalities and civil society organizations in Rojhilat Kurdistan. The main task of the Council will be to monitor the work of Kurdish political parties and circles.

3. Establishment of a common military force within the framework of self-defense.

4. Establishing a military council under the supervision of the Democratic National Council.

5. Establishment of a joint Diplomatic Council to enable Kurdish representatives to reach out and communicate with the world.

6. Creation of a common media front for the dissemination of Kurdish politics in Iran and Kurdistan.

7. Organization of a center of solidarity under the auspices of the National Council aimed at investigating the Kurdistan strategy in Europe.

8. Promoting joint meetings and conferences for Rojhilat Kurdistan to organize the workers’ activities in parallel with the society.

9. Rojhılat Kurdistan women’s organizations should organise by taking a leading role in the political parties in the solution of social problems.

10. Establishing a commission to express the problems of political prisoners in Iran, to organize the actions and to fight for the freedom of political detainees. 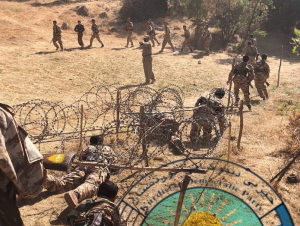 Rojhelat (eastern Kurdistan) is being militarized by the Iranian regime. Iran not only creates distress in Middle East, but also in Iran. Different groups of people in Iranare also threatened. The Kurdish people have suffered most, since the Iranian regime violates all human rights in the Kurdish part of Iran. Kurds do not have the same rights as the Iranians. hundreds of Kurds are killed yearly in Iran on the occasion of political, cultural and religious disputes with the Islamic Republic of Iran.

The Kurdistan Democratic Party is a social democratic party founded in 1945 during the Republic of Kurdistan in the capital Mahabad by President Qazi Mohammed. The republic lasted only for 11 months and the president was executed later by the Iranian regime.The KDP-I is fighting for a federal government where the Kurds have the right to self-government and representatives in Tehran. We are a peaceful party that has tried to conduct dialogue with the Islamic Republic of Iran several times. The regime’s response to this have been instead of sending representatives from the regime, agents have been sent to kill two of our former leaders in the heart of Europe. In Austria, the Iranian agents executed Dr. Abdul Rahman Ghassemlou 1989, and in Germany’s capital Berlin Sadegh Sharafkandi 1992 was assassinated. Hundreds of our members have also been killed and threatened outside the regime’s borders.
KDP still keeps the doors open for dialogue for a peaceful solution. We are an armed party, but have never hurt innocent people. The Peshmergas have to carry weapons to defend themselves against the military. The party’s military forces aim to convey the party’s agenda to the Kurdish population in Iran. Our party is one of the biggest parties in Iranian Kurdistan. The party is a accepted and well known party amound the population in Kurdistan but also in the West, KDP-I are full members of Socialist International.

Persecution against Kurds in Iran has escalated even more since Iraqi Kurdistan in 2017 had a referendum for independence. Millions of Kurds in the Kurdish cities in Iran went out on the streets and celebrated Iraqi Kurdistan referendum. The security service in Iran quickly went out to the streets to stop the celebration of the successful referendum since the Iranian regime was worried that Kurds from Iran would do the same and request self- determination from Iran.

The party see an increase among the young people who choose to join the party. The young people who leave the Kurdish part of Iran and join KDP-I say that the regime is stalking them and they are detained if the regime receives information that they are politically active. The regime thraetans the families who have their family members in political parties.

The oppression from the Iranian regime is so heavy the executions do not scare people, it rather motivates the Kurdish youths to be politically active and fight for a free Kurdistan. The regime has for decades created chaos and violence in the Middle East. I think that a weakened Iran will stabilize the Middle East, but also Western countries. Iran supports the military activities of its allies in Syria, Iraq, Yemen and Lebanon with military and financial aid. The support by Iran to these countries is not to build up these countries but destroying these countries and creating misery and chaos in the Middle East.

All of the statements point to increased repression by Tehran and a sense that there is a window of opportunity now that the US is applying sanctions to pressure the regime and potentially create a joint or unified command. Many of these groups were not particularly active over the last decade. In the 1990s Tehran threatened to attack Kurdish groups that were based in exile in northern Iraq. However the conflict with ISIS and the changes in Iran during the Iran deal and after changed the landscape. Iran has increased in power. However at the same time some of these groups realized that now was the time to increase activity.

With the Trump administration taking a more vocal, and potentially more active, role against Tehran’s role in the region, the IRGC has also sought more heavy handed approaches to protests in the Kurdish region of Iran. Iran has sought to cooperate more closely with Turkey and Baghdad.

Both Komala and PDKI sent representatives to the United States in June. The result of those meetings is still unclear. However what is clear is that in July and August there has been an increase in clashes with the IRGC, to the extent that there are small skirmishes every week. A map shows them occurring over a wide area. With the new NDAA signed by the US President on August 14 there is language that clearly indicates a desire by Congress to press for more action from the Pentagon and State Department on Iran’s activities in Iraq and Syria.

Mike Pompeo has announced the formation of an Iran Action Group on August 16. The group is supposed to be “directing, reviewing and coordinating all aspects of the State Department’s Iran-related activity.” Headed by Brian Hook, Pompeo said: “Our hope is that one day soon we can reach an agreement with Iran but we must see major changes in the regime both inside and outside of its borders…The Iranian people and the world are demanding that Iran finally act like a normal nation.”

Kurds in Iran certainly fall within the groups in Iran demanding changes and raising awareness about the regime’s actions.