Who were you rooting for when you were watching the movie “300”? Gerard Butler, or the big black guy playing the Persian king? Unless you are quite the contrarian, I would have to guess the Greek guy. But why? Of course the “pshat”, the simple explanation as our sages called it, is obvious; the Greeks were democratic and free, while the Persians were autocratic and massive slaveholders to boot. Also, the Persians were the invaders and the brave Greeks were simply defending their homeland. So the plot of the movie was set up in a way that MADE us love the Greeks and hate the Persians.

But the deeper question, the “drash”, is the more interesting one: why was the movie plot set up that way? Were the Spartans “nice” and “free”? Were the Persians ruthless slaveholders seeking to enslave even more free people? History does not support these views. All Greek city-states had massive numbers of slaves and indentured servants, but Sparta, whose King Leonidas is the hero protagonist of “300”, was by far the worst. In fact, Sparta enslaved an entire people, the Helots, who, together with other slaves, formed the majority of Sparta’s population, but had no say in its governance. Sparta was a highly militarized society governed by a small elite from the ranks of which its leaders were selected by the other members of the elite and by nobody else.

Had Israel, in its earliest years enslaved its Arab population and denied it the right to vote and to serve in elected office along with all other human rights, it would perhaps be the closest manifestation of Sparta in modern times. Israel of that time heavily relied on militarized communal settlements called “kibbutzim”, from the ranks of which, and only from those ranks, came its leadership, both civilian and military. This group was highly privileged, financially and otherwise, at the expense of city dwellers and small town dwellers alike. That being said, and this is where the similarity to Sparta is the strongest, members of this purely Ashkenazi Jewish elite were always ready to sacrifice themselves leading soldiers into battle and worked day and night to build and strengthen the tiny and severely threatened newly reborn State of Israel. In this endeavor, they proved to be an unprecedented success. 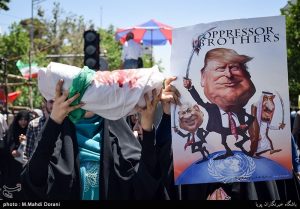 But what about Persia? Was it really so horrible, so despotic? The answer is no. Like all empires before it and to the present day, in fact just like the United States of America, Persia sought to expand its influence and increase its wealth by setting up a network of vassal states and by controlling key trade routes like those over which it constantly fought with the Greeks in the Aegean Basin all the way until its final defeat at the hands of Alexander the Great. Its war galleys were rowed by slaves, but so were the Greek ones. In fact, war galleys rowed by slaves persisted well into 18th century Europe, where they were rowed by forced conscripts, not much different than Persian or Greek slaves two millennia earlier. The Persian system of governance depended more on palace coups than secret balloting among the elites, but it was hardly a qualitative or substantial difference. The Persian empire, having triumphed over the earlier Babylonian one, simply succumbed to the emerging and more dynamic empire of newly united Greece under the inspired leadership of Alexander the Great, having already been weakened by skirmishes with the next global power, the nascent Rome.

So why are the Greeks and the Romans celebrated in our history, while the Persians are reviled? The answer has a lot to do with the fact that history is written by the victors, but there is more at play here. The Greek and Roman victories were not only on the literal battlefields of Asia Minor and the Aegean Sea; infected with the Old Testament morality virus via the new religion of Christianity, the West was reborn, perhaps, born, as an IDEA, as an IDEAL, in fact. While fundamentally Western ideas such as that all men are created equal in His image were already a thousand years old, the spread of Christianity after its formal adoption by the late Roman Empire allowed these ideas to burst out form the barren hills of Judea and the Galilee and spread throughout Europe from Ireland to Moscow.

The West, let’s be frank about this, had always had a horrible time living up to the lofty ideals of the Old and the New Testaments. Nevertheless, these ideas, these revolutionary ideas that each and every human had individual self-worth that was granted to them by a divine force and thus could never be taken away by any human, that as such each of us deserved liberty and happiness in this world, even if unattainable in reality, shone bright, pointing the way to unprecedented successes by Christian powers from Russia to the US. It was these ideas that directly led to advances in science, which in turn made Western armies invincible in battle.

While the West was in its chrysalis stage known as the Middle Ages, getting ready to emerge as a beautiful butterfly heavily armed with canon and muskets during the Renaissance, Persia was busy adopting the static teachings of Islam, a religion, a political system, really, entirely devoted to preserving the old slave holding patriarchy of the Fertile Crescent. Prone to what we would describe today as mysticism and suffering the aftershocks of its rapid decline from a world power to a remote backwater in what was becoming the least important part of the world, Persia adopted an extreme and apocalyptical version of Islam, the Shia. Centered as it is on the coming of a messiah of sorts, the Hidden Imam, Shia reinforces the static teachings of Sunni Islam by making it unnecessary and indeed futile to strive for a better future, which in any case will not come until the appearance of the messiah.

Jewish Orthodox thought for nearly two millennia adhered to the same idea, actively discouraging Jews, in some circles as late as the 1930’s, from returning to the Land of Israel, claiming that such a return cannot be initiated by mere humans, requiring rather the direct intervention of a divine messenger, the Messiah himself. Even after many disciples of ultra-orthodox rabbis perished in the Holocaust having failed to leave Europe for Israel, a number of them persist to this day in adhering to this messianic belief and reject Zionism as heretical.

What Iranians Hope For, As First Wave Of US Sanctions Hit

Modern Zionist thought, as expressed by those Orthodox Rabbis who support the movement, addresses this dilemma by negating the idea of PASSIVELY waiting for the Messiah. Leaders of the Zionist religious movement in Orthodox Judaism such as the great late Rabbi Abraham Isaac Kook, taught that it is the duty of every Jew to actively and in the true sense of the word PROACTIVELY create the conditions that hasten the coming of the Messiah. Rabbi Kook taught that the secular and in many cases atheist Jewish pioneers returning to the Land of Israel in the late 19th and early 20th centuries were instruments of the divine will whether they believed in it or not, whether they liked it or not. They were, according to the Rabbi and his followers, creating the conditions that would bring the long-awaited Messiah, allowing him to rebuild the Temple in Jerusalem, and to finally return to Israel its sons and daughters scattered around the globe. 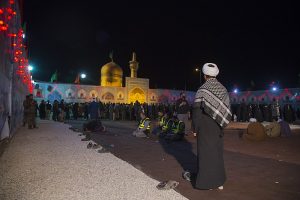 This combination of Western knowhow brought by the Pioneers and the theological foundation laid by the Orthodox Zionist movement led to the incredible success story that is modern Israel. Alas, this success had not gone unnoticed by the Iranian Mullahs. They too began to think that proactively laying the groundwork for the return of the Hidden Imam was a good idea. Unfortunately, laying this groundwork, and this is where the Mullahs and the Rabbis parted ways, had to go through the establishment in Iran of a theocratic dictatorship adhering to the most stringent edicts of Sharia law as interpreted by the Shia teachings of Islam. Furthermore, the path to the Shia messiah’s return, as interpreted by the Mullahs, could only be clear once all the slights and the insults that were dealt to the world of Islam by the unbelievers were reversed and avenged and once the Shia version of Islam became ascendant over the much larger, in terms of number of followers, Sunni version.

This interpretation of hastening the end of days Iranian style makes the destruction of two modern political entities an absolute necessity. First is the modern State of Israel, which, located as it is on lands that were under Muslim control from early 8th to early 20th centuries, and claiming as it does, complete historical rights to these lands, must be utterly annihilated. Next is Saudi Arabia, the Sunni kingdom that is the jealous guardian of two of Islam’s, all of Islam’s, holiest places, Mecca and Medina.

Rabbi Kook and his followers in the religious Zionist movement, never perceived human history as a zero sum game between the forces of good and the forces of evil. Like his secular Zionist counterparts, he fervently wished for the return of the Jews to their ancestral homeland to be as peaceful as possible, supporting the partition of the Holy Land between the Jews and the Arabs as a necessary compromise that recognizes historical and demographic realities. In fact, it was this very pragmatism that was the key to Zionism’s success; it prevented Israel from becoming isolated on the world stage and allowed it to develop as a full member of the family of nations despite the best efforts of Muslims and Christian anti-Semites alike.
Iranian mullahs chose a different course. In their worldview, there can be only one winner. Compromise is not a word they are familiar with. Adroitly exploiting the greed and moral decrepitude of many Western nations and global corporations and combining it with the cash flows they generate from their oil reserves, they have managed to become one of the premier threats to world peace and Middle East stability. The Nazis, searching for a non-Christian and even non-European creation myth that would justify their lust for conquest and destruction, invented for themselves laughably mythical Arian (Iranian) origins. It is sadly ironic that Iran, literally “the land of the Arians”, has now inherited the mantle of Dr. Evil hell-bent on world destruction from their fake descendants. 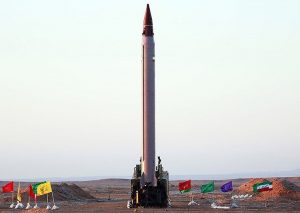 Germany was a pioneer in nuclear weapons development and it was only by virtue of the immense sacrifices of the Soviet Union and its Western allies that the Second World War in Europe was brought to an end before it could test a functioning nuclear device. Had Germany succeeded in doing so, the consequences for humanity would have been dire beyond imagination. The other, “real”, Arians pose no lesser threat. They must never be allowed to even come close to a nuclear weapon. The fate of the world quite literally depends on it.