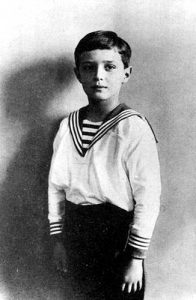 This image shows heir Alexei on his river trip to death, aged 13 and nine months old, around eight weeks before he was murdered with the rest of his family by a Bolshevik execution squad.

The museum – part of a new trail for tourists and royal enthusiasts following the route of the Romanovs in exile after Nikolai’s abdication in 1917 – has confirmed this image is the last known photograph of the Tsarevich.

Russians In Moscow Must Now Scan A QR Code, Ask The Government If They Can Go Outside