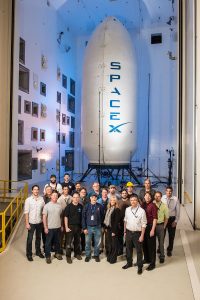 According to Sputnik, a Russian government-controlled news agency, the Roscosmos state corporation will likely to suffer funding shortages amounting to 150 billion rubles (more than $2 billion) in the next three years, from 2019 to 2021, reported arsTechnica.

One expert observer of the Russian space program, Ivan Moiseev, the scientific leader of the Russian Space Policy Institute, says this is the case. Cuts in the Roscosmos budget will make it impossible to develop the new Soyuz-5 medium-lift booster, the Falcon 9 competitor, as well as imperil further development of a heavy-lift variant of the Russian Angara rocket.

“One can say that the current plan for an ultra-heavy booster is unnecessary because there is no payload or mission for it, and even the draft design has already cost a billion (rubles),” Moiseev told the Russian publication Lenta.RU. “Additionally, the development of new boosters is doubtful from a practical perspective, because the number of payloads we (Russia) will be lofting is fairly well known, and it is not growing with any stability,” wrote arsTechnica.

Russia has lost approximately 30% of the space-launch market to American commercial competitors. As a large-revenue generator for the Kremlin, the situation is striking.

The biggest space news out of Russia in the last few weeks has been confirmation that former deputy prime minister Dmitry Rogozin, who has been critical of NASA and been sanctioned by the United States, will now head Roscosmos. Very quickly, he will have to confront these budgetary issues and likely make decisions about Russian rocket development. He will need to be creative, as Vladimir Putin has just said, “We need to restore our leadership in space launches,” wrote arsTechnica.