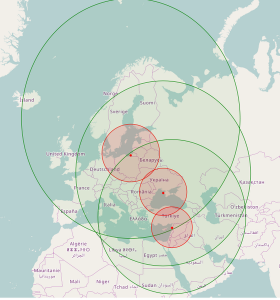 American President Donald Trump has instructed Secretary of State Mike Pompeo to develop sanctions against the Russian Federation for violations of the 1987 Intermediate-Range Nuclear Forces (INF) Treaty, as required by recently-passed legislation in Congress.

The Kremlin reacted negatively as expected.

“It goes without saying that we do believe so. Russia has said more than once that we dismiss any accusations Russia is in breach of this treaty,” said Kremlin spokesman Dmitry Peskov, when asked if the Kremlin believed that in this way Washington was looking for a pretext for more restrictive measures against Russia, reported Russian state news agency TASS.

Peskov said that “Russia strictly adheres to its obligations under this treaty and is determined to stand by its commitments, so such instructions cannot but cause bewilderment.”

“Let us wait for some substantive effects of this instruction. Discussing anything hypothetically is hardly possible,” he said, adding that Moscow disagreed “with the very wording of this issue.

“Washington’s obsession with sanctions is well-known and it cannot but make us feel regret,” he added.

The Trump Administration has charged Russia with deploying cruise missiles in violation of an arms control treaty between the two countries. The SSC-8 cruise missile is deployed from land and has a range of at least 1,200 miles, a combination that puts it in violation of the 1987 Intermediate-Range Nuclear Forces Treaty, reported The New York Times.