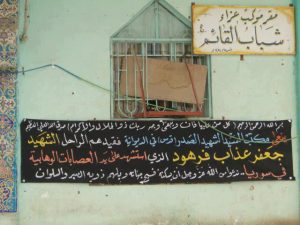 A U.S. military airstrike has killed over 100 Pro-regime soldiers fighting for the Assad government, against anti-Assad rebels. Russian contract soldiers were killed in the attack.

According to Igor Girkin, an ex-commander of Russia-backed separatists in eastern Ukraine, two tactical units of the Wagner private military group had been hit by the U.S. strikes on Feb. 7. “One [unit] is practically totally destroyed, and the second is smashed ’to smithereens,’‘ he wrote in a post on the Vkontakte social network on Thursday, citing an unnamed source, reported The Moscow Times.

The Wagner Group is a paramilitary contract force similar to the former U.S. Blackwater company that became infamous in the Iraq War. The Kremlin has used contractors, or mercenaries, extensively to provide plausible deniability that Russian forces are involved in overseas conflicts when they in fact are.

US launches rare airstrikes on pro-regime forces in Syria after attack on opposition forces accompanied by US advisers. https://t.co/R0gzHfpQw7

U.S. Secretary of Defense Mattis did not deny the strikes, but declared the attacks were in self defense, “We are not getting engaged in the Syrian civil war,” he said, adding that it was perplexing to him why the heavily armed government battalion would cross a well-established “deconfliction line” to shell an area where it was known that U.S. special operations forces were working with the SDF.

“We are there to fight ISIS. That’s what those troops were doing — coordinating strikes against ISIS,” Mr. Mattis said. “Why they chose to initiate this attack, you’ll have to ask them. We don’t know,” reported The Washington Times.

“We know they were pro-regime forces,” he said, “Iranian, Assad, Russian, mercenaries, I can’t tell you.”

Analysts reporting on the Syrian Civil War raised questions as to the underlying agenda of American forces in the region, “The issue here is that if we don’t have a clear strategy of how to proceed in Syria, we could be drawn into a conflict with Russia on Russia’s terms,” said Hassan Mneimneh, a scholar at the Middle East Institute in Washington.

The Russians, he said, “have an endgame, and we do not. We’re just reacting,” wrote The Washington Times.

US launches airstrike on Syria "government-backed troops" that were shelling SDF positions in Deir Ezzour. A US official said around 100 of the 500 troops targeting SDF were killed https://t.co/jSk9rEZvKt

Is Russia Really Trying to Sway the Midterm Elections?