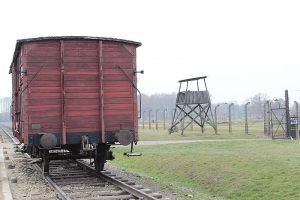 Prime Minister Mateusz Morawiecki defended a bill outlawing public allegations of Polish complicity in Holocaust-era crimes that has sparked denunciations and counter-legislation in Israel, where it’s seen as Holocaust denial.

The bill passed in the upper chamber of Poland’s parliament late Wednesday, after it was approved in the lower house on the eve of international Holocaust Remembrance Day last week. A phone call between Morawiecki and Israeli Prime Minister Benjamin Netanyahu on Sunday failed to derail the bill, which would impose jail time or fines for suggesting Poles helped the German Nazis in the murder of almost all of the country’s Jews during World War II…