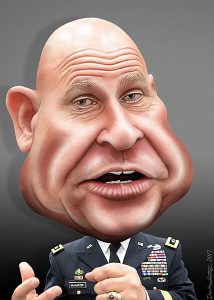 The Trump administration today approved lethal arms sales to the government of Ukraine in a bid to bolster Kyiv’s defenses against a Russian-backed insurgency in East Ukraine. The move was forecasted and strongly condemned by the Kremlin, who said the sales would embolden Kyiv to conduct ‘new military adventures’.

“Administration officials confirmed that the State Department this month approved a commercial license authorizing the export of Model M107A1 Sniper Systems, ammunition, and associated parts and accessories to Ukraine, a sale valued at $41.5 million. These weapons address a specific vulnerability of Ukrainian forces fighting a Russian-backed separatist movement in two eastern provinces. There has been no approval to export the heavier weapons the Ukrainian government is asking for, such as Javelin antitank missiles,” reported The Washington Post.

“I’m pleased the administration approved the sale of defensive lethal arms to Ukraine,” said Senator Bob Corker. “This decision was supported by Congress in legislation that became law three years ago and reflects our country’s longstanding commitment to Ukraine in the face of ongoing Russian aggression,” reported The Washington Post.

Canada also approved weapons sales which was most likely done in conjunction with The White House move.

What remains to be seen is the reaction of the Kremlin. Obviously Russian President Putin will look for ways to counter this development. This is possibly why violence in the Donbass region has escalated in recent weeks, in expectation of the weapons approval.