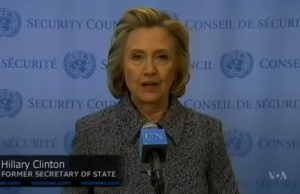 The U.S. Department of State has injected $700,000 into Hungarian media outlets that oppose the current Hungarian government’s conservative, anti-migrant agenda, in order to influence the coming election in the Spring of 2018. The decision has enraged the Hungarian government which sees the action as ‘election meddling’.

“The funding was announced by U.S. Chargé d‘Affaires David Kostelancik, who has previously appeared to openly criticise the Trump administration by alluding to “apparent inconsistencies in [U.S.] foreign policy” and remarking that “not every criticism of the government is ‘fake news’,” reported Breitbart.

Hungary says U.S. State Dept's decision to pump $700k into rural (opposition?) radio ahead of an election year is interference.

1. Is this a @realDonaldTrump-approved use of American taxes?
2. Can you imagine the establishment heart attack if Russia pumped 700k into U.S. radio? https://t.co/n0rxQLMBLD

“What is this if not an intervention in the election campaign and the domestic politics of Hungary? Which Washington office can judge the applications of media organisations from a Hungarian county and what kind of balanced service they would like to offer?” asked Foreign Minister Péter Szijjártó.

“The Ministry of Foreign Affairs and Trade has summoned the U.S. Chargé d‘Affaires, asking for an explanation, and told him that we consider this a political intervention by the U.S. Department of State ahead of the elections,” wrote Breitbart.

The EU, along with Soros-funded NGOs, has attacked Hungary’s decision not to allow Islamic migrants into the country, in order to preserve the Hungarian population’s security and Christian heritage. Many ambassadors and diplomats appointed by the Obama administration have been active in supporting the Leftist, Marxist, Soros agenda of open borders.

The European Parliament has initiated ‘infringement procedures’ against Hungary, Poland, and the Czech Republic over the migrant issue. These actions could result in monetary fines and other penalties on the Visegrad Group of countries.