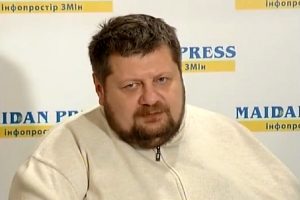 On Wednesday at 10:05 p.m., Ukrainian Member of Parliament Igor Mosiychuk, his bodyguard Ruslan Kushnir, and a political analyst named Vitaly Bala were walking toward their cars after appearing on a live broadcast of Espresso TV when they were hit by a powerful blast. It killed Kushnir, the bodyguard, as well as a retired police colonel, Mikhail Mormel, who just happened to be in the parking lot. At least three people were severely injured, including Mosiychuk and Bala, who were rushed to intensive care.

The explosion outside of the Espresso TV studio was the fourth car-bomb assassination attempt in Kiev and the sixth in Ukraine in the past 16 months. And it came as especially bad news in a capital where hundreds of veterans returning from the war-torn Donbas region in the east of the country are protesting day and night, denouncing the current leadership of President Petro Poroshenko and the Rada, the parliament. An atmosphere of despair and rebellion has returned to Ukraine as we saw it in years past. Once again people building barricades in the city center, cooking food there over open fires, setting up a tent camp, and demanding a coup…