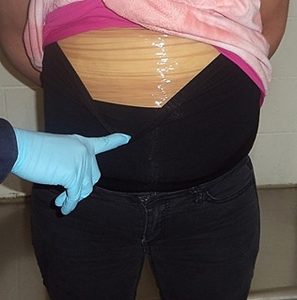 In Albania, the vetting process for justice reform will be implemented as soon as possible. Beginning November 1st, it is expected that all members of the justice system will be subject to rigorous inspection of bank accounts, income of every family member, and their real property. The first to be checked thoroughly will be the heads of justice in the country: Chief Prosecutor-Adriatik Llalla, Head of Supreme Court-Xhezair Zaganjori, and Head of Constitutional Court-Bashkim Dedja.

Meanwhile, the key issue is the presumed involvement in drug trafficking of the former Minister of Internal Affairs, Saimir Tahiri, following investigations carried out by Italian prosecutors and the arrest of the Habilaj brothers, distant relatives of the minister.

Two days ago, the Albanian prosecution asked the Albanian Parliament permission to arrest the SP MP, Saimir Tahiri, but the decision was considered hasty by the political majority.

The current law on parliamentary immunity does not stop the Prosecutor’s Office from investigating MPs in cases of suspicion of corruption or illegal affairs even without obtaining any permission from parliament. According to the majority, the General Prosecutor’s Office is considered politically compromised, supporting the Albanian current opposition. In hundreds of other corruption cases, organized crime or drug trafficking, no major guilty verdict has been won, as investigations have not been conducted even where there has been evidence. Until three or four years ago, they were fully aware of drug activity in Lazarat, Gjirokastra, Southern Albania, but they never investigated. The former Prime Minister, Berisha, has accepted a policy of non-intervention in that territory during his state leadership of 2005-2013. The police intervention in Lazarat was conducted only 2-3 years ago, under the direction of Saimir Tahiri, as Minister of Internal Affairs.

Some key analysts consider Albanian prosecutors as incompetent, pointing out that there have been only 3-4 days since the dossier came from the Italian police, with 416 pages to be translated. The Albanian Prosecution had not conducted an investigation but was ready to demand an arrest. Many consider the Prosecution’s actions as a double standard, recalling many other corrupt or criminal cases, omitted or closed. For instance the criminal case of energy corruption with the CEZ-DIA file; 4 demonstrators killed during the peaceful opposition (SP) protest in January 2011; the explosion of the weapons depot in Gerdec near Tirana with 26 killed, children included; or 200 million euros stolen in the construction of Rruga e Kombit, the highway that connects Albania with Kosovo, where the DP government and its leaders have all been implicated.

Yesterday, the prosecutor’s representatives in the Parliamentary Mandate Commission accepted the Prosecution Office’s request to halt former-Minister of Internal Affairs, Saimir Tahiri’s movements, after his possible involvement in drug trafficking. This was done to open the door to the investigation of his property, to check his apartment, to limit his activity and oblige him to appear before the Prosecutor periodically. Prime Minister Edi Rama said Tahiri is free now to be investigated, a free MP outside the SP forums and outside the SP parliamentary group. However, because the judicial system in Albania is completely corrupt and involved in crime, every kind of action taken towards Tahiri will be viewed with skepticism and will be hard to believe. A fair trial is in doubt.

It is often declared in the media that there are other important politicians involved in organized crime or drug trafficking. Some on-line newspapers have referred to the arrival of a file from the U.S. authorities, with the confessions from Almir Rrapi, the former Secretary of Foreign Minister Ilir Meta (today Albanian President) in the 2000s. He claims that both the person in question and his wife Monika Kryemadhi, the current chair of SMI party, are involved in drug affairs.

It seems that what the US ambassador to Tirana said a month ago regarding “big fish in the justice net” is becoming true. But Albanians do not trust anymore the current judicial system. So, it might be another great disappointment addressing punishment of crime in the country.

LOCAL ELECTIONS IN MACEDONIA AND KOSOVO

1. The local elections in Macedonia were held as scheduled, on 15 October 2017. It was a relatively peaceful process, with some minor incidents throughout the country. 60% of Macedonians voted for the heads of municipalities and the polling centers were closed 12 hours later.

In the first round, only 45 municipalities elected a mayor; 35 others will have to vote again on 29 October for the second round. Left leanings, led by SDSM party, the current governmental party in Macedonia, in coalition with the Albanian key ethnic party, DUI, claimed victory in these elections. Prime Minister Zaev of the Social Democrats was declared the winner in almost 45 municipalities, out of 80 altogether, during the first round. The opposition, led by the coalition of VMRO-DPMNE, won in 13 municipalities. The mayoral battle is concentrated in the capital, Skopje. The second round of elections on 29 October will show if the country is really looking forward to new reforms. Zaev and his government are very much pro west, leading the country towards an eventual NATO and EU membership.

2. The local elections held in Kosovo on 22 October were also staged in a very tensed environment. During the first round, LDK was the winning party. This time, LDK gained more votes than during June governmental elections. They won in 4 communes, while there will be 9 runoffs. PDK is second with 1 winning and 10 runoffs. AAK is ranked the third, with 2 winning communes and 6 runoffs.

What surprised analysts was the poor result of the “Vetevendosje” movement, the party which did very well during the governmental elections. They did not win a single commune during the first round and will compete for 7 in the second round. The battle is for the capital, Pristina. Shpend Ahmeti, the leader of “Vetvendosje” movement, despite securing 44% of the votes, will have to face the second round against Arban Abrashi of LDK, who got 35% of votes. The latter will have the support of other Kosovo parties, like PDK, AKR, AAK etc., so they claim a sure victory of LDK in Pristina during the second round.

Estonian Socialized Medicine Has Patients Going To ER To Get Care, Seeing Specialist OR GP Impossible