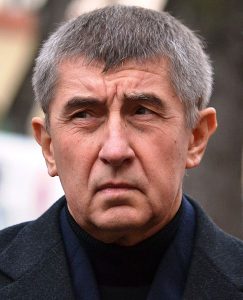 Czechs have grown weary of EU policies on migrants and even though the country is doing well economically, sentiment has shifted against Brussels and its dictates.

“Babis insisted ANO was “pro-European” and did “not threaten democracy” in a televised victory speech in which he also railed against a two-speed Europe, while inviting all parties in parliament for coalition talks,” wrote AFP.

Babis was recently indicted on suspicion of EU subsidy fraud. He declared he wants a united Europe and does not want the Czech Republic to leave the bloc. However, he does state he wants Czech sovereignty to be held in Prague and does not want to be subject to moralizing on social and other policies from Leftist Brussels.

“How is it possible that in the Czech Republic, in a situation when the country is doing very well, when we are a stable, safe country, we have achieved many things in the social sphere in the past four years, people are increasingly in favour of extreme views?” said Prime Minister Bohuslav Sobotka.

The ‘progressive’ parties in the West, including the United States, have been routed in elections across the free world. It seems they are in denial of the widespread rejection of culturally Marxist thought and policies.